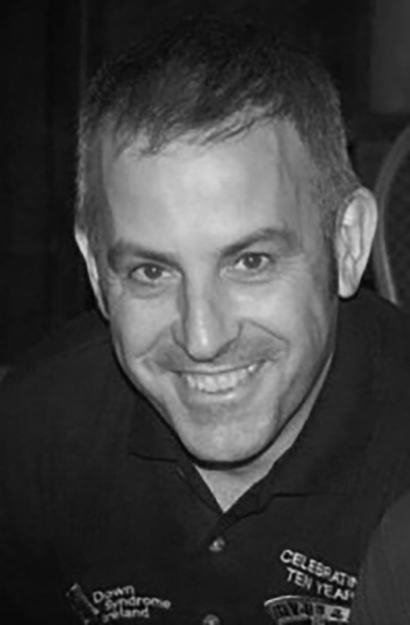 A FUNDRAISER in aid of charity worker and biker Aidan Lynam will take place at the Spa Hotel in Lucan on Thursday, September 17, at 8pm.

Lucan father-of-three Aidan helped raise €1.6 million for charity, and tragically died when his motorcycle collided with a car in Clare during a ‘Rev-up4DSI’ Down Syndrome event in May.

Aidan (44) launched the annual DSI event a decade ago after his daughter Robyn was born with Down Syndrome.

He worked as a fundraising co-ordinator with DSI and as a motorcycling journalist.

Dozens of motorcycles escorted Aidan’s coffin for the funeral in St Marys Church – the same church where he married his wife Nikki in 2010.

Tributes flowed in for Aidan from the wider community, among them, comedian PJ Gallagher, who said “the guy only ever called me to help other people.”

Mr Lynam is survived by his wife Nikki and their young children Robyn, Jake and Harry.

All proceeds from the Spa Hotel fundraiser go to the Lynam family.

It starts at 8pm and features music by Ger Vickers and Wildfire.