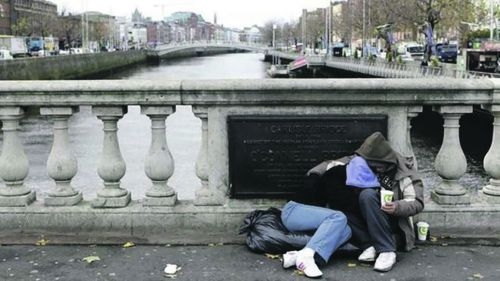 OVER €4.5 million has been spent housing people in emergency accommodation at commercial hotels in the first six months of the year, according to figures released by Dublin City Council.

The council were responding to a question by Fianna Fáil Councillor Daithí De Róiste at the first council meeting after the summer break on Monday.
Dublin City Council acts on behalf of the four Dublin local authorities in the provision of emergency accommodation.

“Children are cooped up in totally unsuitable hotel rooms with no cooking or cleaning facilities, no outdoor space and often long distances from their schools. But without government support at a national level, the council’s hands are tied and all it can do is deal with the immediate nightly crisis.”

A spokesperson for DCC said: “Before 2013, emergency accommodation would normally have been provided through statutory or voluntary homeless services, but an unparalleled demand for accommodation, particularly in recent months has required that the Dublin local authorities use hotels to a significant degree so as to avoid the experience of sleeping rough.”

The local authority does not see this provision as “suitable or sustainable” and said the Homeless Action Team (HAT) has been expanded to respond to “this demand for accommodation.”

Identifying the hotels could, “provide a risk to maintaining access” for homeless families, according to DCC.

The breakdown of costs to individual costs cannot be provided, as it is deemed “commercially sensitive.”

Meanwhile, Sinn Féin councillor Daithí Doolan welcomed a decision by Environment Minister Alan Kelly, to address a funding shortfall in homeless services, and to turn around the empty voids in the city.

At an all-party delegation in Wood Quay last week, Minister Kelly agreed to make up the council’s housing budget shortfall of €18.5 million, if councillors could come up with a sustainable plan of action.

Cllr Daithí Doolan, Chair of the Housing Policy Committee at DCC said: “We agreed on quite a comprehensive agenda and we strived to discuss as much as possible within a limited time-frame.

“We are satisfied that the Minister has agreed to release the funding for homeless services and to turn around the voids.”

A motion by Doolan seeking Dublin City Council proceed with Part 8 planning permission for housing on council lands, was passed on Monday night.

People Before Profit Councillor Pat Dunne said “we will take the Minister at his word” and urged councillors to propose a “good social mix” of homes.

NEWER POSTDid you miss any of the biggest news from last week’s Echo? Right this way…
OLDER POSTAidan Lynam fundraiser to take place this week