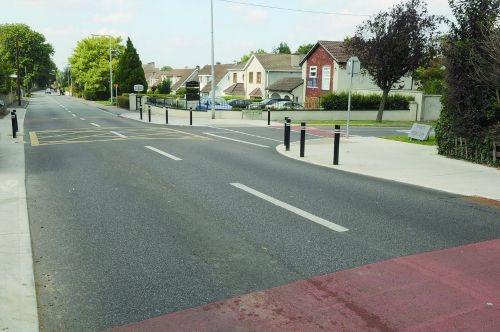 GARDAÍ continue to investigate the alleged rape of a woman in an estate last week.

The attack allegedly took place at around 1.40am on Thursday morning (September 4) at Monastery Walk in Clondalkin.

A woman was subjected to a violent attack whilst walking along a road in the estate.
She was brought to the Sexual Assault Treatment Unit (SATU) in the Rotunda for treatment to her injuries.

The scene and some houses were cordoned off the next day, to allow gardaí forensic officers to carry out technical examinations of the area. Gardaí carried out searches of the area, including a nearby field.

Residents expressed shock and anger over the incident on social media labeling it “shocking.”
People Before Profit Councillor Gino Kenny called the attack “truly horrific” and expressed “sympathies to the victim at this horrific time.”

No arrests have been made. “This part of Clondalkin is normally quiet and it shows that unfortunately, incidents like this can occur anywhere,” said Cllr Kenny.

A spokesperson for the gardaí told The Echo they are continuing their investigation.

Clondalkin Garda Station are appealing for anyone with information to contact them at 6667600.