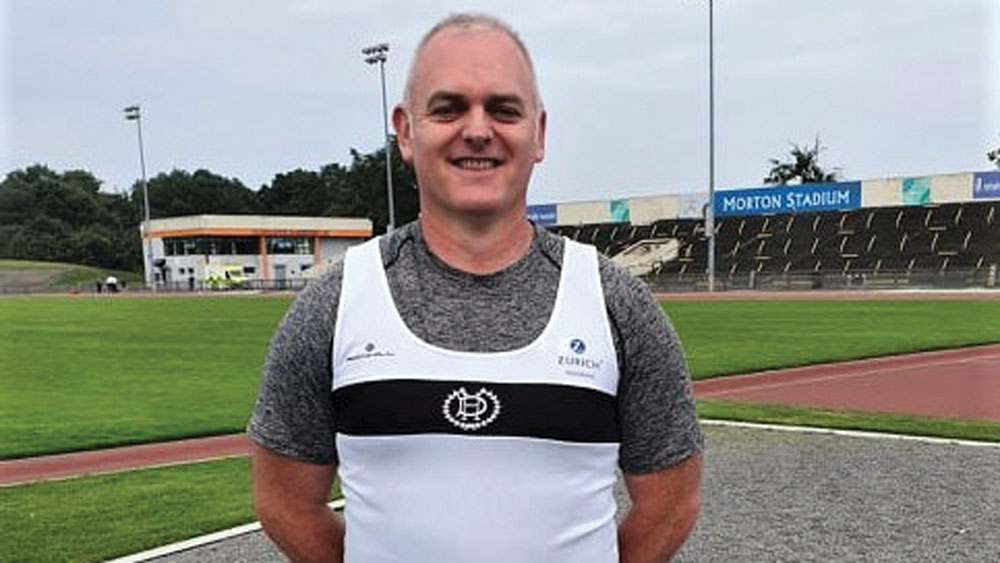 NIALL Allen and Fiona  Smith-Keegan led the way for Donore Harriers at the National Masters Track and Field Championships at Morton Stadium in Santry last Sunday.

The former won two gold medals in the M45 Discus (with a fourth attempt measuring 31.44m) and in the 56lb Weight-For- Distance event (with a third-round throw of 6.55m). 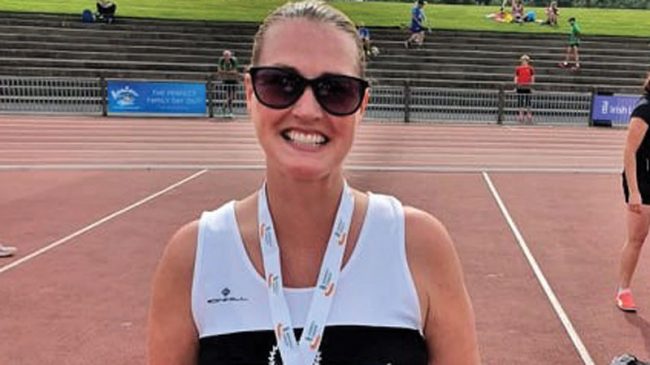 Fiona Smith-Keegan also went top of the podium in the Women’s Javelin Over 45 category with a best throw of 20.84m, having earlier placed fifth in the W45 Long Jump (2.94m).

Iremonger was involved in two highly competitive races, finding himself in the mix in the 1500m before narrowly losing out to winner Vivian Foley (4.31.93) and runner-up Jon Hennessy (4.31.93) of Midleton AC.

He also finished fourth in an 800m final in 2.12.19, in a race that was won by former Olympian Shane Healy.

John Travers, meanwhile, closed out his track season with a 10th place finish in the Men’s 3000m A race in the Lotto Silesia Memorial Kamili in Poland on Sunday.

On another note, three members of the Donore Harriers juvenile team represented Ireland in the Home Countries Junior Mountain Running Championships in Co. Down on Saturday.

Honor Lynch and Laura Nunan competed in the Under 17 Girls race finishing in 18th and 20th position respectively with Oliver Hopkins taking 21st in the Under 17 Boys competition.