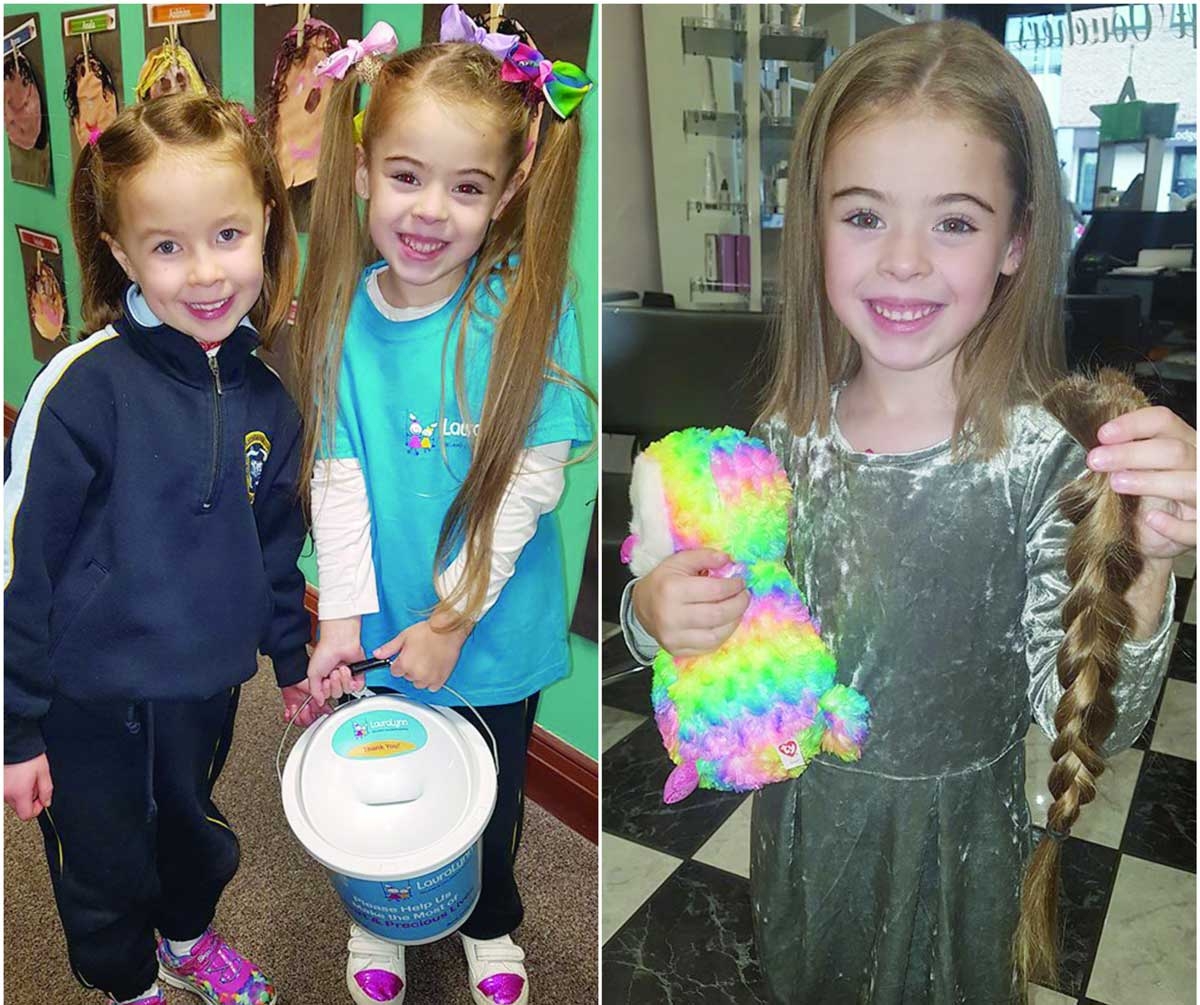 A SIX-year-old from Citywest, who lost her nana and young friend Kasey Kelly to cancer, cut more than 14 inches off her hair for the Rapunzel Foundation – raising nearly €2k for the LauraLynn Children’s Hospice in the process.

A senior infant in the Citywest and Saggart Community National School (CSCNS), Amelia Rowan had never had her hair cut, not even a trim, so getting her locks chopped was a big step for the young volunteer.

However, after losing her nana Ann and her little friend Kasey Kelly to cancer, Amelia told her mam that she would like to cut her hair for charity, because there are “so many sick children in this world”.

Amelia’s mam Emma told The Echo: “I was tucking Amelia into bed one night and she told me that she wanted to cut her hair for charity as there are so many sick children in the world.

“Amelia has never had so much as a trim so I was surprised that she had just come out with this, but she wanted to do it for her nanny and in memory of her little friend Kasey Kelly who had passed away.”

Emma helped her daughter to choose LauraLynn as her charity, with Amelia’s school coming on board to help the six-year-old raise as much money as possible for the children’s hospice.

“Amelia’s school was great, and they held a crazy hair day to raise money for LauraLynn”, Emma said.

“Amelia also visited some of the classes and was filling them in on what the LauraLynn charity does.

Amelia got her locks chopped in the Tan Fairy in Kingswood, with the hair being donated to the Rapunzel Foundation, a charity which makes wigs for children who have lost their hair through illness.

Close to €2,000 has also been raised so far for LauraLynn – with money still being counted.

Amelia wished to thank everybody who supported her and helped to raise so much money.