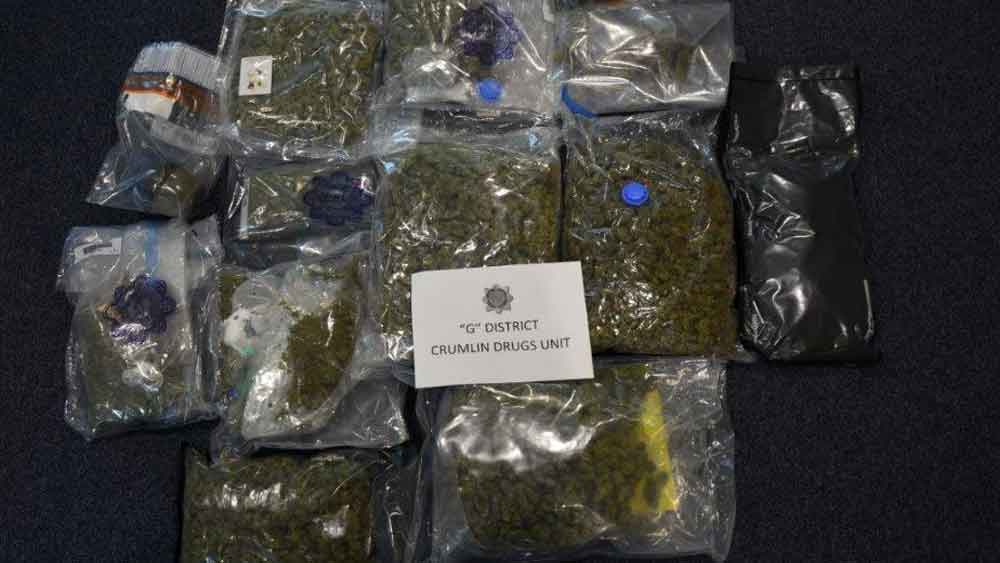 Gardai seized approximately €127k worth of cannabis herb and arrested two people at the scene (Image: An Garda Siochana)

An estimated €127k of cannabis herb seized in Drimnagh

According to a Garda statement issued this evening, gardai executed a search warrant at an address in Drimnagh on Thursday, July 7.

The statement said: “At approximately 7pm, gardai attached to the Crumlin District Drugs Unit executed a search warrant at an address in Drimnagh.

“During the course of the search, approximately 6.5kg of cannabis herb was located with an estimated street value of €127,000.

“The drugs were seized and are now subject to analysis.”

A male and female, both aged in their 30s, were arrested at the scene and taken to Crumlin Garda Station where they are currently detained under Section 2 of the Criminal Justice (Drug Trafficking) Act, 1996.