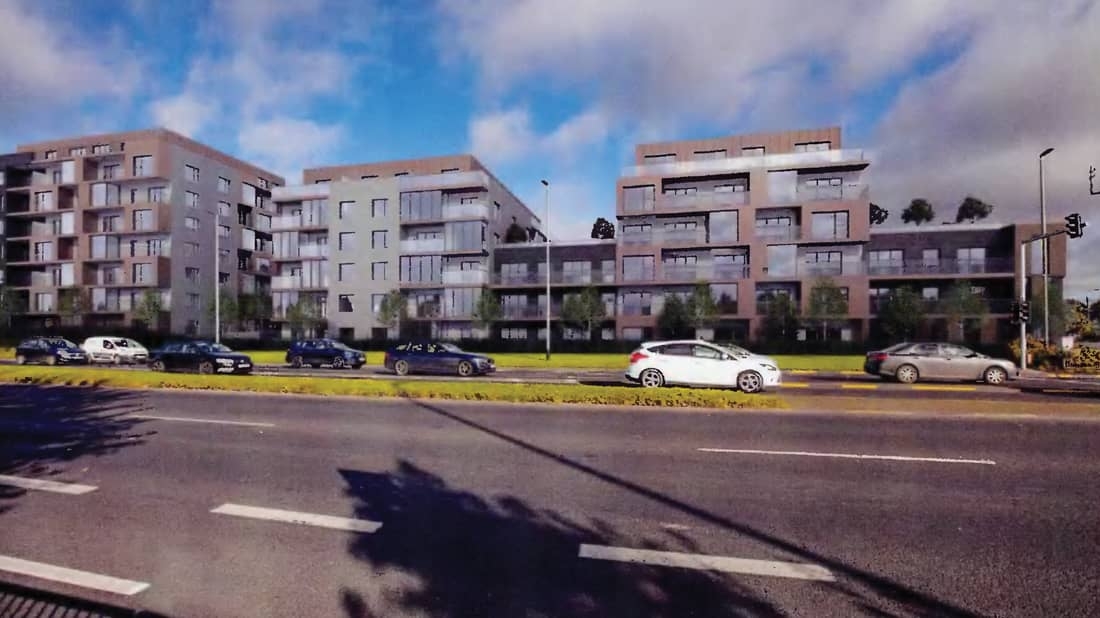 PLANS for 250 build to rent apartments in Palmerstown Village, which would increase the number of resident units by 80 per cent, have come under criticism from local representatives.

An Bord Pleanála granted planning permission to Randelswood Holdings Ltd for the development at the former Vincent L Byrne site in Palmerstown – located at the junction of Kennelsfort Road Lower and the Chapelizod Bypass.

Two years ago, plans for 305 apartments at the site were refused permission by the Board who said it would have an “overbearing and overshadowing impact” on existing residential amenities.

According to the plans, the site fronts onto the Chapelizod Bypass and contains a number of commercial units (furniture and car sales units), proposed to be demolished.

A total of 87 submissions where received in relation to the proposal, mostly concerns from local residents and businesses.

Cllr Guss O’Connell (Ind) said there is “huge public anger” at the decision.

“The Government guidelines should be determined by factors such as access to public transport. Another objective of the county development plan is to protect and develop the heritage villages of the county of which Palmerstown is one.

Another is to restrict the heights of new developments so as not to impinge on existing residential properties. To my mind, ABP has been selective on how it applied Government guidelines.”

Cllr Alan Hayes (Ind) said: “It defies logic that planning was granted for essentially the same development as was refused in 2018. I’m particularly angered that planners at South Dublin County Council saw fit to give the development a thumbs up in its own submission to ABP even though it clearly contravenes our own county development plan,” said Cllr Hayes.

“The plan as approved is still monolithic in scale, ranging from 3 to 8 stories in height. It still overshadows people’s homes, it still poses a serious danger to pedestrians and other cyclists and the elephant in the room is that they are increasing the population of the village by 80 per cent and in no way addressing the traffic congestion issues that currently plagues the community of Palmerstown.”

Hayes says the inclusion of a master plan by the developers outlining the potential future use of adjoining lands is also “causing distress to residents.”

In making their decision, ABP said the site is currently in use as a brownfield site with a number of commercial units “which do not provide any contribution to the character and setting of the village.”

“The area is well serviced to support a growth in population and there is a substantial amount of suburban type housing in the vicinity of the site and surrounding area.”

The Board said issues relating to contravention of the county development plan were addressed in its report and that the proposed scheme complies with national guidance.