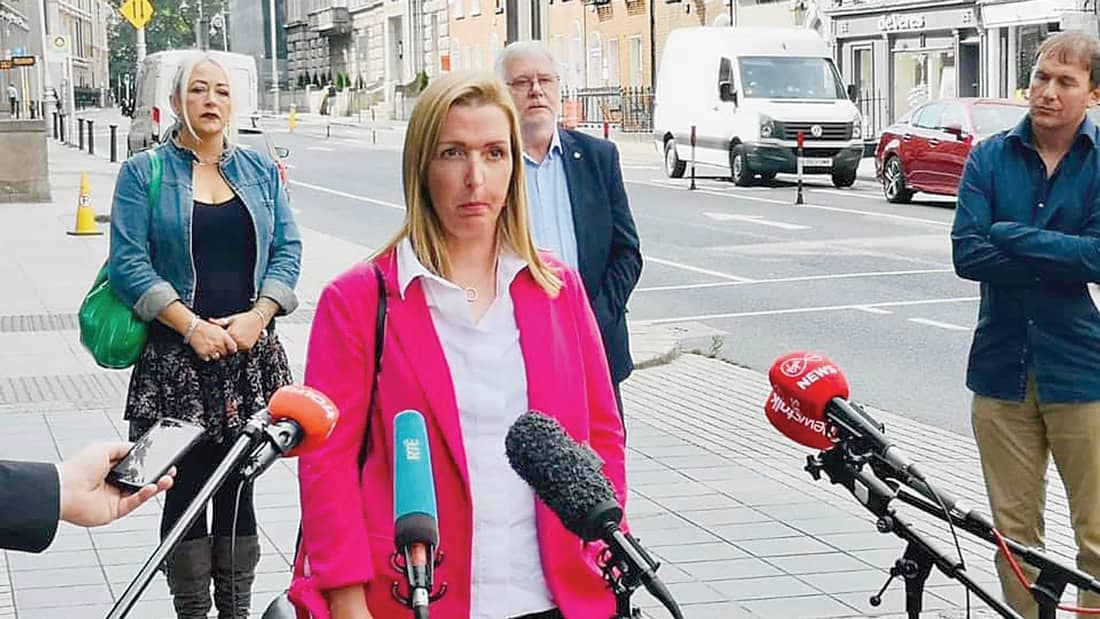 NOT wanting her family to see her suffer was one reason Cancer campaigner Vicky Phelan supports the ‘Dying with Dignity Bill’ reintroduced in the Dáil this week.

People Before Profit TD Gino Kenny has brought a bill on assisted dying in Ireland back on the political agenda.

The Clondalkin TD contacted Ms Phelan during the Summer to engage her support for the bill.

The two were joined outside the Dáil on Monday by Tallaght woman Gail O’Rourke, who was prosecuted in 2013 with making arrangements for MS-sufferer and friend Bernadette Forde to travel to Dignitas in Zurich, and Tom Curran, husband of Marie Fleming, who in the late stages of multiple sclerosis, took a landmark challenge to the Supreme Court on Ireland’s legal ban on assisted suicide.

“At the heart of this legislation is compassion,” said Deputy Kenny, who believes people should have choice with regard to their terminal illness.

He appealed for TD’s to support the progress of this Bill when it’s due for debate later this year and to “allow a free vote of conscience”.

Ms Phelan said over the last two years, she has visited many people in hospital and seen how much pain people were in.

Ms O’Rourke, who was acquitted in the case of her friend said this is a “societal issue that needs to be discussed openly and honestly.”

“I know if Bernadette was with us today, she would be willing us on to change the law.”