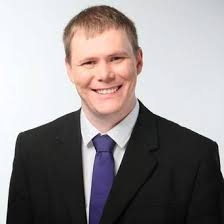 Cllrs Dunne and Hand said they had been talking to the local Superintendent at the local drugs task force meeting, and were told of only one such incident of anti-social behaviour and no reports of “solicitation.”

Cllr Dunne said: “I was perturbed by reading reports in (media outlets) and a number of constituents contacted me to say they never heard of gangs looking for protection money. It’s negative publicity for the area. You never hear of the many good things happening in Crumlin in the media.”

In response, Cllr Ardagh said she had received “various complaints in relation to that matter”, had put in a motion “that was picked up by the papers.”

“It was confirmed by the Superintendent, who contacted the family, and that’s all I have to say on the matter,” said Cllr Ardagh.

Cllr Hand said both he and Cllr Dunne were informed by the Superintendent at the drugs task force meeting of “only one incident” and “there was no solicitation for money.”