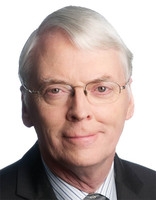 Questions over delay in playground development

CALLS for an explanation on the continued delay of the development of the playground at the Tallaght end of Tymon Park are set to be made at the upcoming meeting of the Tallaght Area Committee.

The call has been made by Fianna Fáil councillor Charlie O’Connor, who has been consulting with local residents in Tymon and Kilnamanagh about the delay.

Cllr O’Connor has submitted a question to the meeting asking for the delay to be explained and noted the “concern and dismay of the local community in respect of the issue”.

“I believe that where there is a demand for playgrounds and playspaces that development should go ahead.

“I have been told that delays are a result of other jobs that the council are doing and it doesn’t look good.

“The funding is available for the provision of playspaces and they should go ahead or funding should be sent elsewhere.”

Consultation on a playspace on the Parkhill Road in Kilnamanagh is due to begin this month as part of the play space programme.