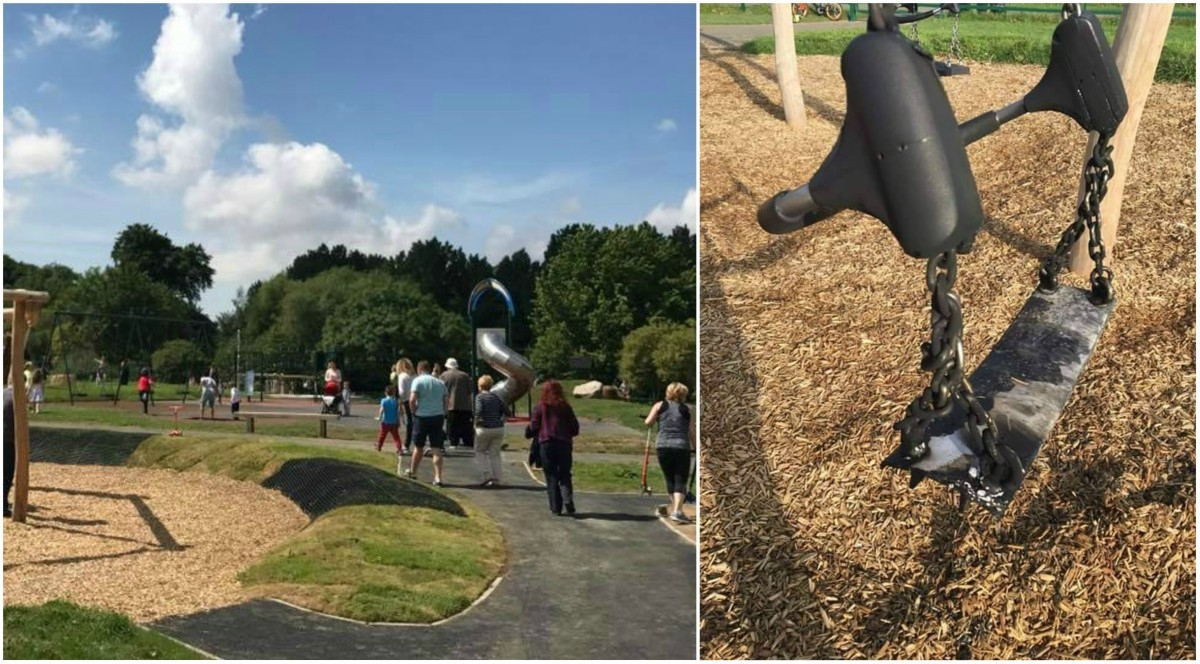 THERE HAS been a rise in anti-social behaviour in Griffeen Valley Park with litter bins vandalised, fences broken and equipment in the playground being burned.

Last weekend, the fence into the playground was broken and the plastic was burned off a number of swings.

A spokeswoman for South Dublin County Council told The Echo: “Unfortunately, I can confirm an escalation of anti-social behaviours in Griffeen Valley Park in recent weeks, and damage was caused to the litter bins, handles of swings, and (some) benches over the weekend”.

She added: “Thankfully, the main units of the play space were untouched. However, damage was also recently caused to the new boundary fence, which was reinforced as a result, and this fence was once again targeted over this weekend.”

Local councillor, Liona O’Toole, claims that it is the same group of children that is responsible for the vandalism.

She said: “There has been an escalation in recent weeks. It appears to be the same children over and over again who are doing this. I don’t know who they are or where they are from. The gardai have been monitoring the situation, but with the gig at Weston over the weekend their resources may have been stretched.”

Cllr O’Toole said that she worries that incidents like this will affect the availability of funding for facilities for teenagers.

She said: “My concern is that it will make it extremely difficult to put in facilities for teenagers. It’s not all teenagers. It is a handful of teenagers who are responsible for the vandalism. The playground is in quite an isolated part of the park and it’s quite secluded, so it makes it difficult for it to be monitored by the gardai. We could look at installing CCTV, that could act as a deterrent.”

Cllr O’Toole also praised the park rangers for their work.

She said: “The park rangers have done great work under the circumstances and I would like to thank them for this. Some were subject to abuse from some individuals. It is very difficult for them to do their work while this happens, so they should be given recognition for this.”