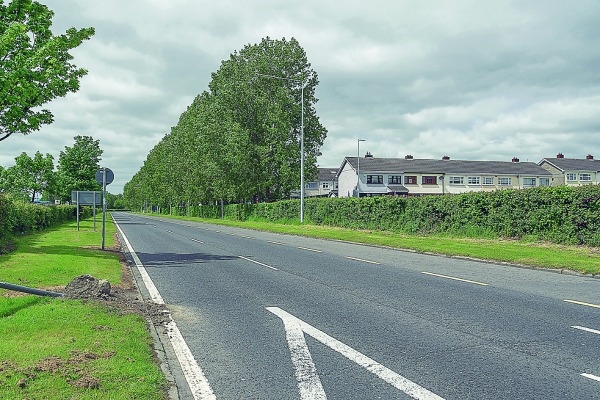 Appeal to council to give felled trees to charity

A CALL to make wood available to the public from poplar trees along the N81 that are due to be cut down in the coming months was raised recently at a meeting of the Tallaght area committee.

The motion was raised by Sinn Féin councillor Brendan Ferron, who had previously been in contact with residents more than two years ago about the issue surrounding the poplar trees.

Following the correspondence, which saw an independent arborist commissioned to assess the condition of the trees, it was decided that they were to be cut down and replaced with beech hedge and cherry trees.

In his motion, Cllr Ferron also called on the council to enquire if members of active-age groups or St Vincent de Paul would also like to avail of the stock over the winter.

In response to Cllr Ferron’s motion, the council said: “When dealing with wood arising from freshly cut trees there are some issues to consider.

“Firstly there is a high moisture content in freshly cut wood. While wet wood can be burnt, much of the heat value is lost because of greater amount of energy required to burn off the water content.

“Fresh-cut timber requires seasoning for at least six months before it is ready for burning.

“The second issue is that fresh timber is more difficult to burn and as a consequence releases tar oils and smoke, both of which are hazards.

“The oils coat the fireplace and chimney / flue and if not removed on a regular basis, the accumulated tar in the chimney leads to an increased risk of chimney fires.

“An open fire is very inefficient (typically less than 25 per cent efficiency) as most of the heat generated escapes up the chimney.

“Warm air in the room is also drawn up the chimney which in turn leads to fresh cold air being drawn into the room through vents and drafts.

“However, if St Vincent de Paul or any charitable agency wished to take logs from us, store and dry them and then supply them to people on their list, we could consider such a proposal.”