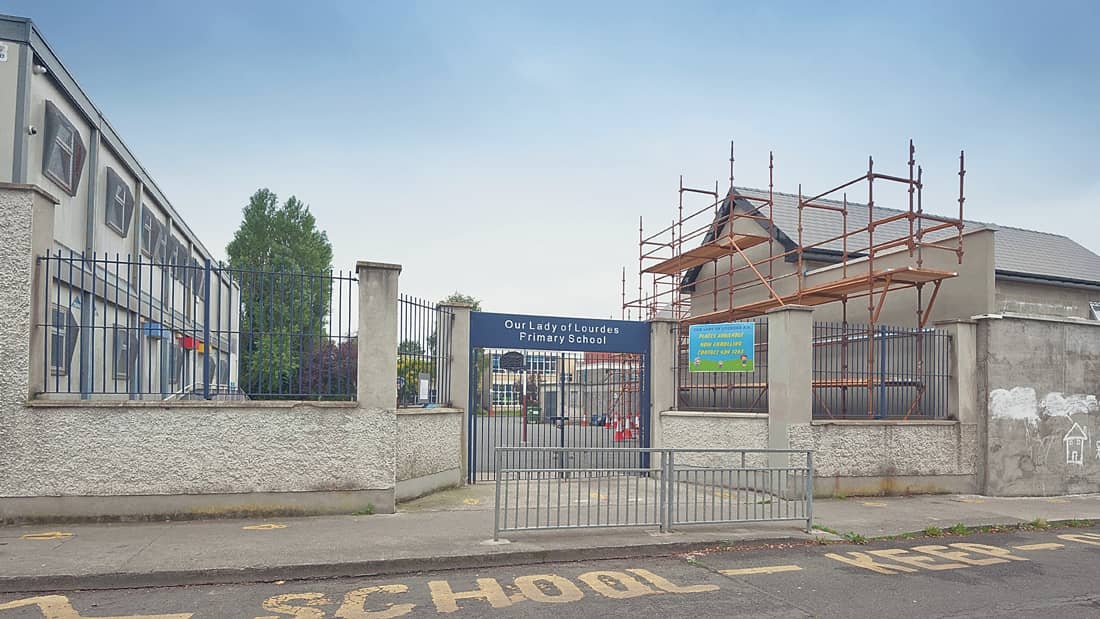 A PLANNING application for a two-storey extension to Our Lady of Lourdes National School in Inchicore has been deemed invalid by Dublin City Council, as it provides “insufficient” information for the public.

In their most recent application, the school sought permission for the phased demolition of the middle section of the existing school building, the removal of prefabricated temporary teaching accommodation units and selected trees to make way for the extension.

Refurbishment of and alterations to the retained sections of the building, including internal works and application of new insulated rendering system to all elevations and upgrade of existing windows and doors, is provided for in the application.

It is noted in the application that the subject site is in the curtilage of protected structures, namely the Sisters of Mercy Chapel and Convent to the west of the site.

Last week, Dublin City Council deemed the school’s new planning application invalid for a number of reasons, and advised the applicant to include a number of additional documents if they resubmit the plans.

The local authority stated the plans contained “insufficient” information, and added that the “full nature and extent of the development” must be stated in the applicant’s site and newspaper notices.

They advised the applicant to submit a new site notice and a new newspaper notice, and they said “an undated letter of consent” stating the owner of the site, and that they consent to the proposed works, is required, while ten conservation method statements are also required.

The council ruled that the application was invalid on August 5.