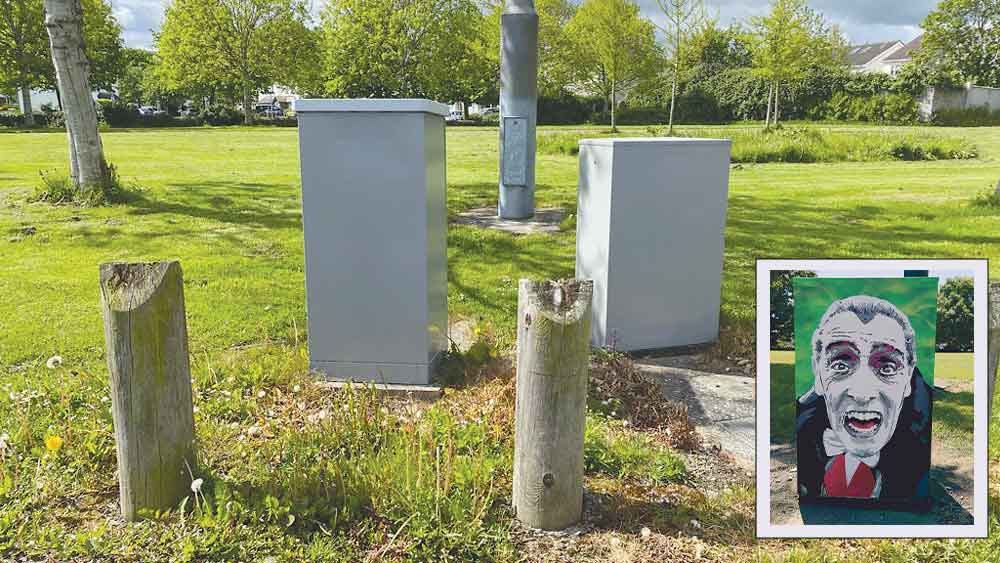 Artistic tribute to legend Paddy Drac painted over by mistake

AN ARTISTIC tribute to Tallaght legend Paddy Drac, which has been located at the entrance to Aylesbury estate in Tallaght since 2019, was painted over by mistake last week two years early.

The tribute to Paddy Finlay (aka Paddy Drac) was painted by artist Geoff Tracey as part of the Dublin Canvas project back in 2019 and looks down on the Dodder towards Paddy’s home in Bawnville.

The canvas was a tribute to Paddy, who after nearly 50 years of donning his cape for community and charity events, passed away in April 2019 following a short illness.

People in the community were bewildered when they realised that the tribute had suddenly been painted over grey.

In a statement to The Echo, South Dublin County Council revealed that the canvas was removed in a mix up with the contractor, who mistook it for a piece of graffiti that had received a complaint. 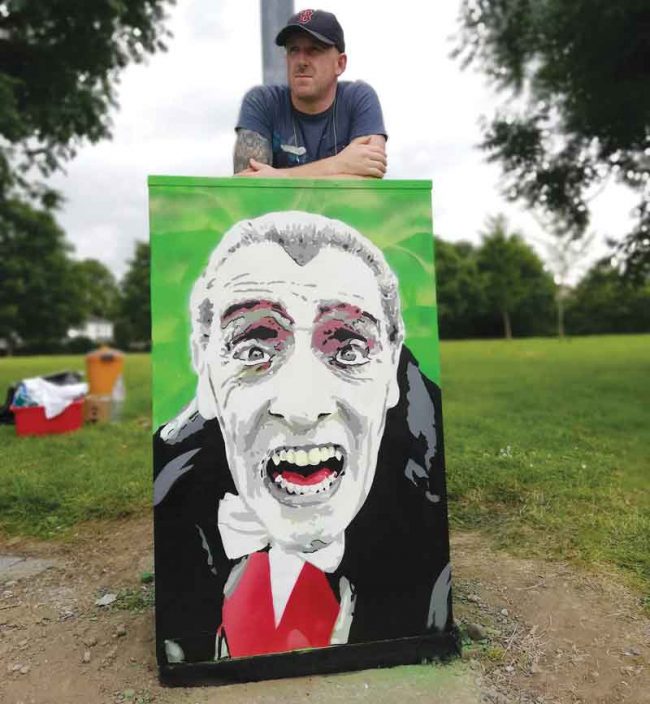 Artist Geoff Tracey with the tribute to Paddy Drac in 2019

The council stated: “South Dublin County Council received a complaint about graffiti on a cabinet at this location and asked the contractor to arrange for the removal of the graffiti.

“We have contacted the contractor for an explanation who explained it was an error on their part.

“South Dublin County Council has offered to include this cabinet in Dublin Canvas 2022 call out.”

Speaking about the unfortunate mix up, Geoff Tracey told The Echo that it is “a shame” that the tribute was removed early.

“I noticed last week that it was painted over grey, which was the colour the box was originally,” said Geoff. 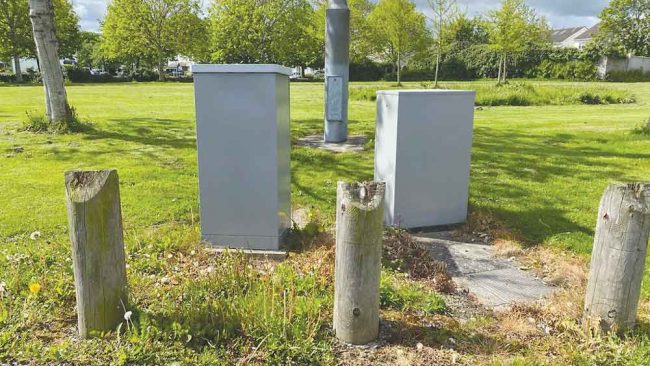 The box at the entrance to Aylesbury has been painted grey

“I got on to the co-ordinator from Dublin Canvas because I wasn’t sure if it was due to be painted over this year or not and he said that it was supposed to be there for another two years.”

Geoff explained that he has been offered by Dublin Canvas to repaint the Paddy Drac canvas or to do something else in that location, which he is currently deciding between as he has commitments to paint other boxes within Dublin City Council which will take up a lot of time.

“I haven’t made my mind up on it yet because the Dublin Canvas project is brilliant, but it is about a week’s worth of time painting that box,” said Geoff.

“I am in a bit of a limbo thinking it over at the minute about what I am going to do.

“There may be a couple of options for painting Paddy elsewhere, so I am just trying to work through them as well.

“I would like to see Paddy going back up because it is such a shame that it happened.”

In a statement to The Echo about the Paddy Drac canvas, Dublin Canvas said: “Unfortunately, Paddy Drac artwork was mistakenly painted over by a contractor.

“Apology for the error was offered and accepted.

“We are hoping to have the artist repaint the portrait in the near future pending the outcome of discussions.

“If it goes ahead, it will not be until June at the earliest.

“Callout takes place in Spring. The deadline [was] Friday, May 13.

“Artwork is then selected by the council panel – art office/planning department and public realm.