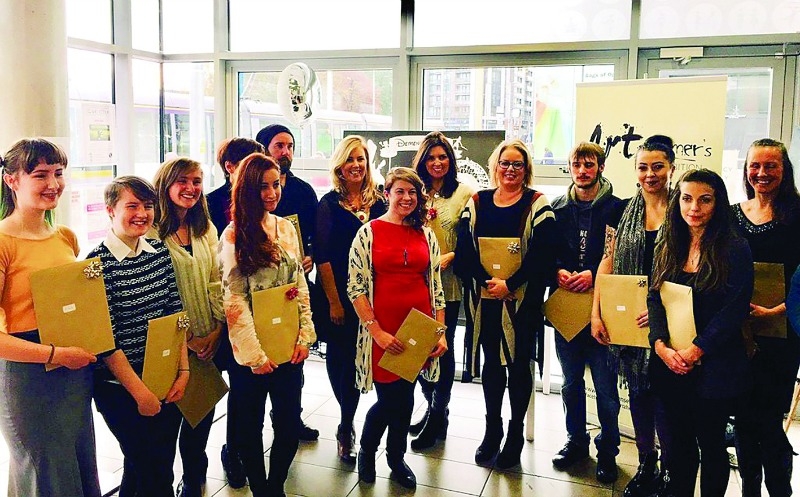 ARTzheimer is a fresh voice for Alzheimer related issues

A TALLAGHT resident is behind an innovative and creative movement which hopes to change attitudes towards those living with Alzheimer’s through a brave and controversial art exhibition to be staged in the Civic Theatre in the spring.

Having grown up in Kilnamanagh and now living in Kingswood Heights, Eimear Farrell’s first introduction to Alzheimer’s was when her grandmother was diagnosed with the progressive brain disease – which sadly took her life more than 13 years ago.

After her grandmother passed away, Eimear began working with the Alzheimer Society of Ireland and is now the director of ARTzheimers, an international social enterprise which, a fresh voice for Alzheimer related issues, uses the medium of art and human stories to connect people.

Eimear told The Echo that the project wants to get the discussion started on Alzheimer’s, while provoking “bold, brave and honest conversations” that will ultimately lead to change within the care system.

The ARTzheimer’s exhibition will see 20 diverse artists from around the country tasked with different briefs that highlight some of the broken elements in the system.

According to Eimear: “This won’t be a bleak exhibition but it will be hard-hitting…and thought provoking and emotive.
“It will show the dark and light side of Alzheimer’s… and will hopefully plant a seed for conversation, because we can’t have change without conversation.

“We’re hoping that this conversation ripples out beyond the gallery walls of the Civic Theatre and into the community, where it can start a movement on the ground.”

She added: “A lot of families will be faced with this illness at the breakfast table and we want to remove the stigma around it… and support families who may be scared and confused by it.

“We also want to address issues like nursing homes and are they suitably designed for people with Alzheimer’s?

“Are there proper supports in communities to keep people in their homes? Is the home care service properly resourced?”

The 20 selected artists, who, aged between 15 and 65, were shortlisted from 92 entries, recently gathered in Rua Red to mark the project’s official partnership with the Civic Theatre, which will be home to the exhibition from March.

For more on the project, visit www.artzheimers.com