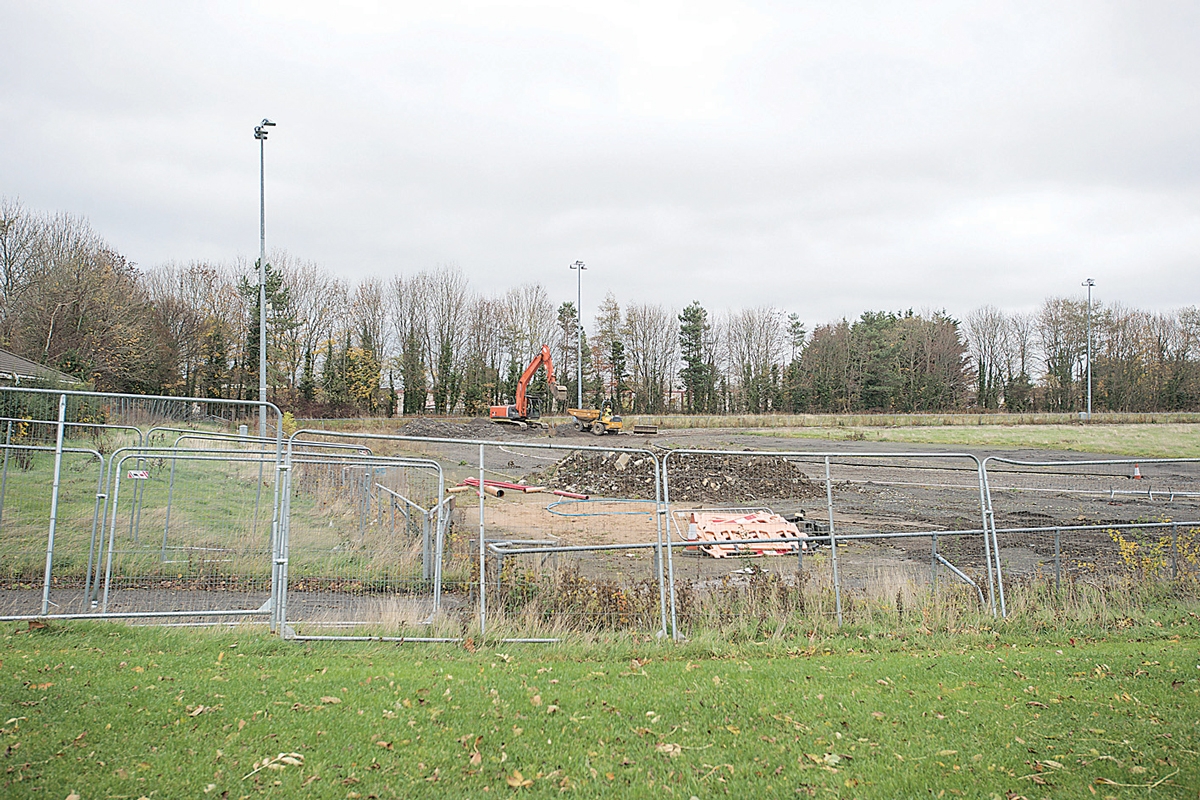 Athletics club back on track

In April, the club were hit with a blow nearly as lethal as a kick from Sebastian Coe, when their contractor, Crawfords Contracts Group Ltd, went into administration.

In October 2015, the club received €200,000 in sports capital funding for the track and they have been fundraising continuously for the project since.

Lucan Harriers AC has broadly welcomed the news that work has started again on the track.

A Spokesman for the club told The Echo: “It is great that work has started again on the track. We have been waiting so long for it. The work is expected to take three to four weeks. We expect the track will be ready in the New Year.”

Local Independent Councillor Liona O’Toole said that she was “delighted” with the news.

She told The Echo, “I’m delighted to see that works has restarted on the long awaited Lucan Harriers running track. Thanks to all those in the club that have contacted me ensuring that I kept the pressure on.”

She said, “I worked very closely with the Lucan Harriers members, coaches, supporters and families to ensure that a successful Capital Sports Grant of €200,000 was achieved in 2015.

“I shared in the frustration and disappointment of local residents and club members at the continued delay. I am delighted to be able to finally share in their relief and excitement as we near completion of the development.”

Deputy Fitzgerald said she was “pleased” that McSweeney Sports Surface were finishing the track.

She added, “I have been assured that a tarmac surface will be fully laid before the end of the year, with a further synthetic surface to be installed in the spring months. Congratulations to all of the coaches and members, who have continued to train, compete and win silverware at regional, county and national events – despite having no training unit of their own.  I look forward to continuing my work with Marie, Fiona and all of the volunteers in this important club.”