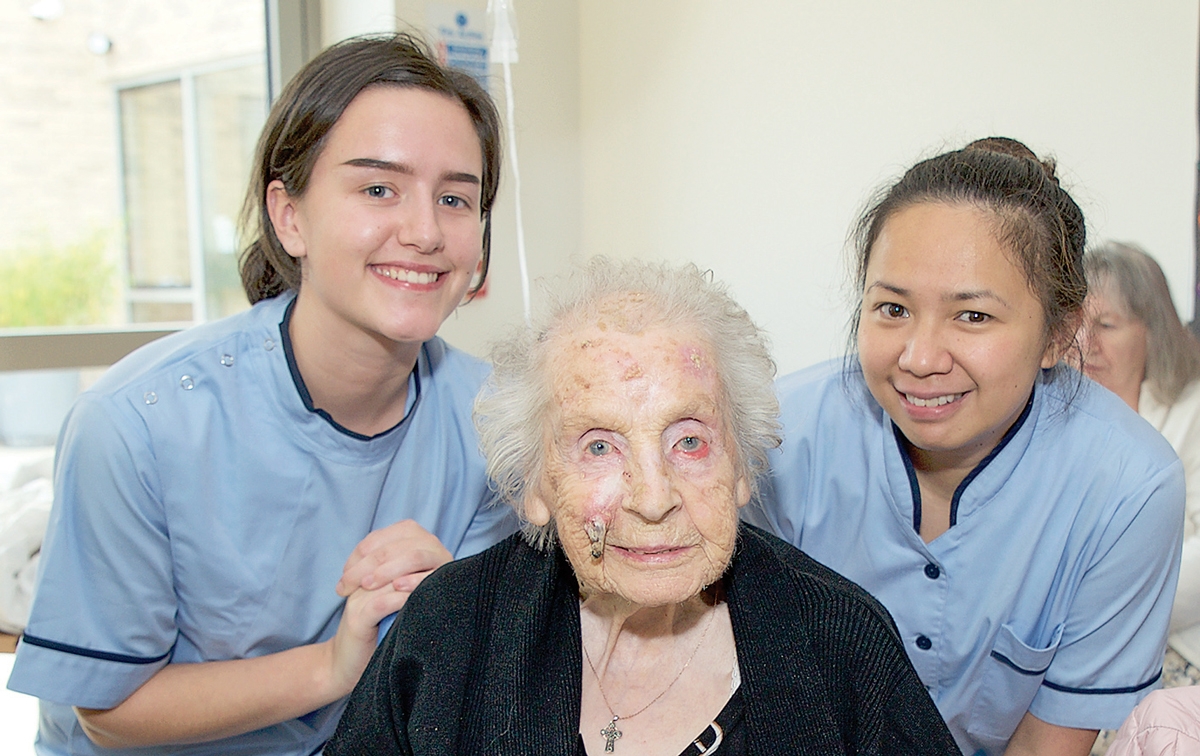 A Galway native from Dunmore, Kathleen has been a resident at Mayfield for the last couple of months.

“She loves joining in activities. Although she never had children, she was a former chaplain’s nurse and a children minder, and has fond memories of minding children.

"You can see the love she has, when the magician was over for her birthday she held the rabbit on her lap during the show.”

Kathleen is also a woman of strong religious faith, and goes to mass every day at Mayfield’s inhouse chapel.

“Kathleen worked as a nurse in England but returned to Ireland to marry her husband Joe and lived in Crumlin,” said Catherine.

“They moved to Fairview, but Kathleen didn’t move into a nursing home until she was 98. She grew up in a Galway family of three girls and three boys.”