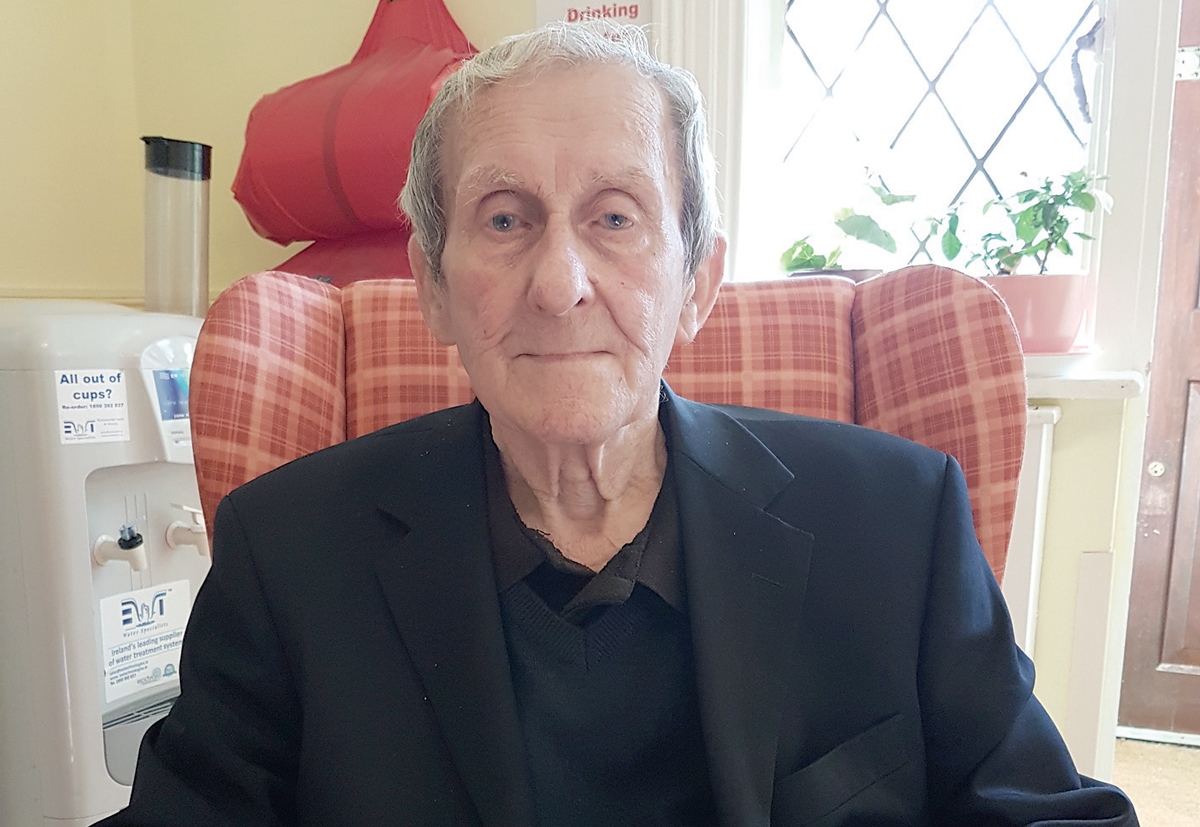 Pensioner wants ‘to die’ in cottage he grew up in

A PENSIONER says he wants to go home “to die” in the cottage where he grew up all his life.

Patrick Carroll (83), from Bluebell, fell sick with a colectomy in February 2016, but after successfully responding to treatment in hospital, he has been unable to move back into his home as it is presently inhabitable.

The house in Canal Terrace

Currently, Patrick is staying at Croft Nursing in Inchicore.

Whilst in hospital in 2016, the cottage Patrick lived in was cleaned and safeguarded by the legal owner of the property, his cousin William ‘Brian’ Gannon, who lives in a separate property to the rear of the cottage.

On discovering the contents of the cottage had been cleared, Patrick initiated legal proceedings with Brian, in an effort to move back into the cottage.

The result of this action in the Dublin Circuit Court was that the courts felt it was not safe for Patrick to return to the Canal Terrace cottage.

Brian (80) is the legal owner of the property, whilst Patrick has a ‘right of residence’ to the cottage.

According to court documents, Brian was unable to maintain an insurance policy on the premises without an inspection and certification from an electrician.

In February 2016, Brian resolved to clean the premises, which was over 100 years old, and in an “utterly unliveable condition”.

He said the premises was “inherently dangerous” due to neglect.

The cottage was cleared of its contents including an outhouse toilet.

An electrician Brian asked to inspect the premises quoted upwards of €70,000 to make the cottage habitable.

Legal documents noted a cottage with very basic amenities that had not been maintained for many years, with no bathroom but a toilet.

Patrick acknowledges the conditions within the cottage were basic, but said he was happy there on his own and had the company of two cats.

The Echo talked to a number of family members and neighbours over the last couple of months – all of whom called it a “very sad” and “unfortunate” situation.

Patrick moved to the cottage as an infant in the mid-1930s, living with his aunt and uncle Jane (Jennie) and William Gannon.

It wasn’t uncommon at the time for family to raise other members of the extended brood due to space issues – Patrick’s own mother and siblings lived in nearby Robinhood.

Brian subsequently moved into the Canal Terrace property under the care of the aunt and uncle.

Brian ultimately lived on adjoining land to the rear of the cottage, a separate bungalow was constructed at a later stage, where Brian lives today after raising his family there.

After their aunt Jane Gannon passed away in 1998, her will left the property and it’s contents to Brian with right of residence for Patrick for life.

Patrick claims when he was in hospital that “the toilet was taken out, electricity all knocked off, and memorabilia including old photographs, was removed,” said Patrick.

Brian told The Echo he was concerned about the safety of the cottage, and said Patrick never made any repairs.

Brian installed new windows and a new front door to the cottage, along with other costs during the inspection, but says he hasn’t got funds for further work, as he himself is a retired man.

“I spent a lot of money on the cottage and the court case, but if I hadn’t got a solicitor’s letter in the first place, we could have worked something out,” said Brian.

According to court documents, a builder inspection said the cottage was “a death trap”, and that the kitchen and toilet were “not fit for human use”.

‘He wanted to buy me out’

Patrick disputes the estimated renovation works at €70,000, and turned down a settlement offer of €30,000 at the time of the court case, from Brian.

“He wanted to buy me out,” claims Patrick.

Brian says he would be happy to see his cousin move back in, if Patrick brought the cottage up to a safe and liveable standard.

Tommy Coombes, Manager at the Bluebell Community Development group, said they may be able to help via the ‘Home for Help’ scheme.

Mr Coombes said: “There is an offer within the scheme that works for senior citizens, we have helped out quite a few residents. We will try and see if anything amicably can be worked out.

“It would just be things like painting and maybe flooring, but we could try to get it liveable. We’re prepared to do what it takes.”

For Patrick however, who has all his faculties about him, and is physically mobile, that time can’t come quick enough.

He said: “I’ve been out of my home for two and half years. In here (Croft Nursing Home), the staff are great but there is no privacy. I want to go home to live out my days there.”