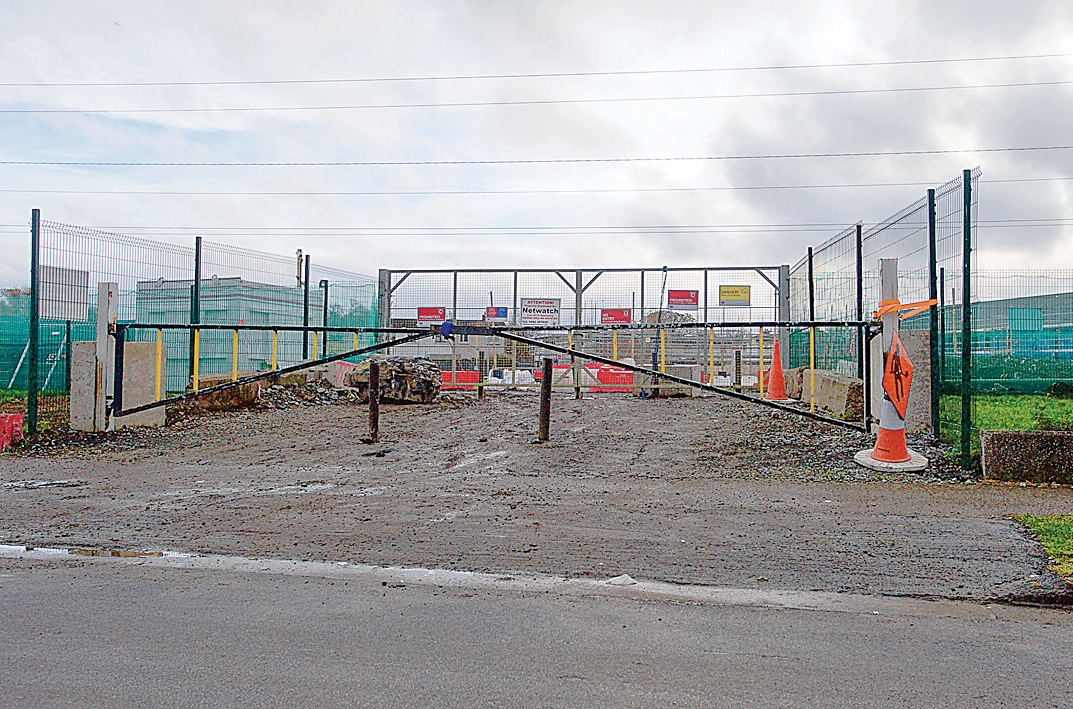 Intimidation of workers at housing site ‘needs to stop’

ROUND the clock security is currently in place at a building site in Clondalkin, which closed down last week due to thugs targeting workers.

Troubled St Cuthbert’s Park was the centre of attention again after contractors Sisk were forced off the site, following reports of intimidation, theft of tools, vandalism of workers cars, and late night arson attacks.

The site in Clondalkin

Sisk are overseeing the development of 63 social homes at the site, which is owned by South Dublin County Council.

The Clondalkin park has experienced high levels of anti-social behavior in recent years with joyriding, drug dealing and illegal dumping a regular occurrence – despite the best efforts of local stakeholders to tackle the problems.

Mayor of South Dublin Mark Ward said the high level task force set up to deal with issues plaguing the park and community has so far “failed to deliver anything tangible.”

However, he asked for the task force to reconvene as a matter of emergency this week, and says this will happen on Friday.

Mayor Ward said: “I secured funding for CCTV in the park almost two years ago and it has still not been installed. The boundary wall around the park is approximately 1,520 meters long but cars are either flipped over the wall, driven in over planks, or in recent cases, boulders are moved out of the way. This wall was meant to be reinforced but that has not happened yet either.”

Cllr Ward said drug dealers on scramblers, late night arson attacks on the site and intimidation of workers is happening “on a daily basis with relative impunity” and “needs to stop.”

Independent Councillor Francis Timmons, who runs voluntary group Clondalkin Helping Homeless, said the delay in delivering the homes is a “big setback” for people on the housing list.

Residents in the community are too afraid to give their names for fear of reprisal.

The social housing development at St Cuthbert’s is part of a wider plan to address some of the issues in the area.

Neither SDCC or Sisk are commenting at this time.

NEWER POSTProperty of the Week: Bright, spacious family home in Blessington on the market
OLDER POSTPensioner wants ‘to die’ in cottage he grew up in