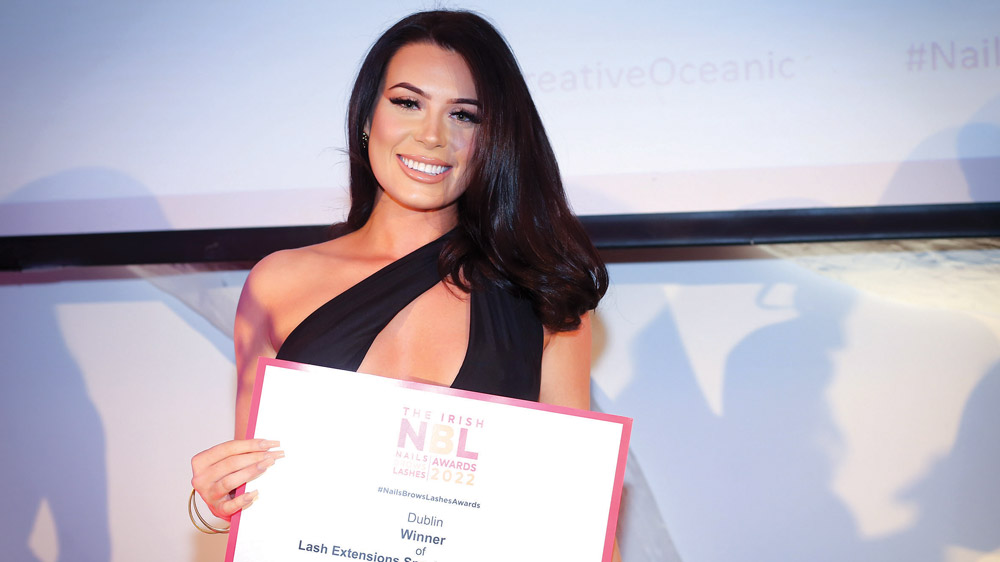 Ava’s drive and determination pays off with business award

HUMBLE beginnings doing lash extensions out of a bedroom has flourished into a fully-fledged business with Ava Lashes being recognised as the Dublin Lash Extensions Specialists of the Year.

For three years, while studying business management in IT Tallaght, Ava continued to do lashes out of her bedroom.

“Being more practical as opposed to academic growing up, I loved creating things in different areas, but I found I had a passion for beauty,” Ava tells The Echo.

“My mam was a beauty therapist when I was young, so I definitely was introduced and inspired by her.

“I discovered what lashes were and had them done for the first time when I was 17.

“I saw a niche for it as it was very new at the time. I enrolled in a lash course a month later as maybe something to help me get through college studying business.

“I was working part time in retail but then started to become fully booked with lashes and the demand exceeded my expectations.”

The idea of managing her own business never went away, and when the Kingswood native graduated college, it was time to take Ava Lashes to the next level.

Ava went full-time, moving into a new studio on the Belgard Road to continue to offer lash extensions and developed a products range, supplying artists in Ireland, UK and US with lash products.

Now, 23-years-old, Ava’s drive and determination has paid dividends, with her work being vindicated at The Irish Nails Brows Lashes Awards.

Award recipients are voted for by the public, who nominate their favourite salons and go-to professionals.

Ava Lashes was named 2022 Dublin Lash Extensions Specialists of the Year at the awards ceremony at The Crowne Plaza Hotel.

“Being placed as a finalist was an achievement in itself for me,” Ava says.

“It was my first nomination in the industry, and I was over the moon to have been listed as a finalist.

“Even just to get the chance to attend a black-tie event within the industry was exciting.

“Winning an award was never really what I thought success was, but it definitely had the feeling of success attached to it when I did win.

“It gave me such a boost and confirmed that my work has been done well.

“It’s such a good feeling to know that my work has been recognised and now I have something to show for it.

“I can’t thank my family, my friends and my clients enough for supporting me throughout the years, they all played a huge role in getting me this far.”