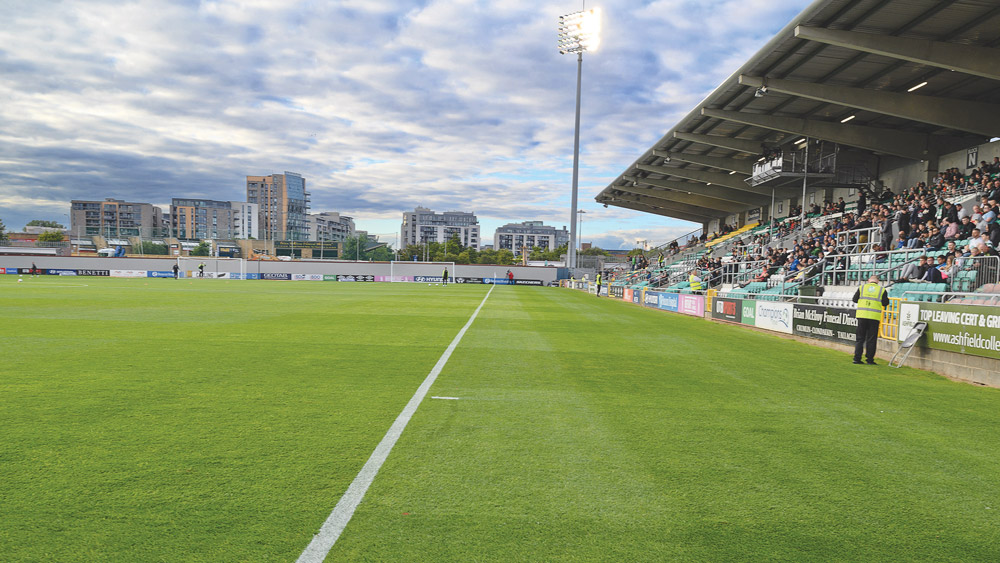 SHAMROCK Rovers profits have been a point of conversation over the summer months, with their European exploits and player sales set to further increase their margins.

League of Ireland champions, Shamrock Rovers, are back in the black with their on-field performances yielding off-field profits of €409,753 in the year up to November 30, 2021.

Following the curtailment of spectators at matches in Tallaght Stadium due to Covid-19 public health guidelines, accounts recently filed show that Rovers recorded a loss of more than €1.7m in 2020.

Tallaght Stadium has 8,000 seats – albeit work on the fourth new stand will bring the grounds up to a capacity 10,000-seater by the end of July 2023 – an investment of approximately €11.5 million.

These recent financial accounts publication showed that the football club’s profit last year was primarily from their performances in different competitions, along with player sales.

Heavy investment in the academy structures, which include the installation of a 3G indoor Astro pitch and state-of-the-art gym, began to bear fruit last year with underage teams claiming national silverware.

Sixteen boys and seven girls from their underage teams represented the Republic of Ireland throughout the 2021 season, with one representing Poland.

Three academy players were sold abroad, with “significant compensation fees earned” according to the accounts, with further payments possible in the future depending on performances.

One of those graduates, Aidomo Emakhu, has been at the forefront of the Hoops European journey this season, becoming the club’s youngest goal-scorer in Europe.

Qualification for the Europa Conference League will be sure to push Rovers’ profits into overdrive when their 2022 accounts are filed next year, with the club securing a €2.94m windfall.

The financial benefits of playing in the Europa Conference League group stages are an incredibly lucrative prospect, with participants claiming €2.94m, along with additional bonuses for wins and draws.

A win in any of their six group-stage games will earn Rovers €500,000 and a draw will earn them €166,000, while qualification to the knockout stages will yield a €300k bonus on top of additional placement earnings.

Likewise, a sell-on clause in Gavin Bazunu’s contract at Manchester City means his €13m sale to Southampton reportedly brought in around €2m for Shamrock Rovers.

Bazunu made his debut with the Hoops when he was 16, and his latest move pushed their overall profit on their former academy player up to a reported €3m.