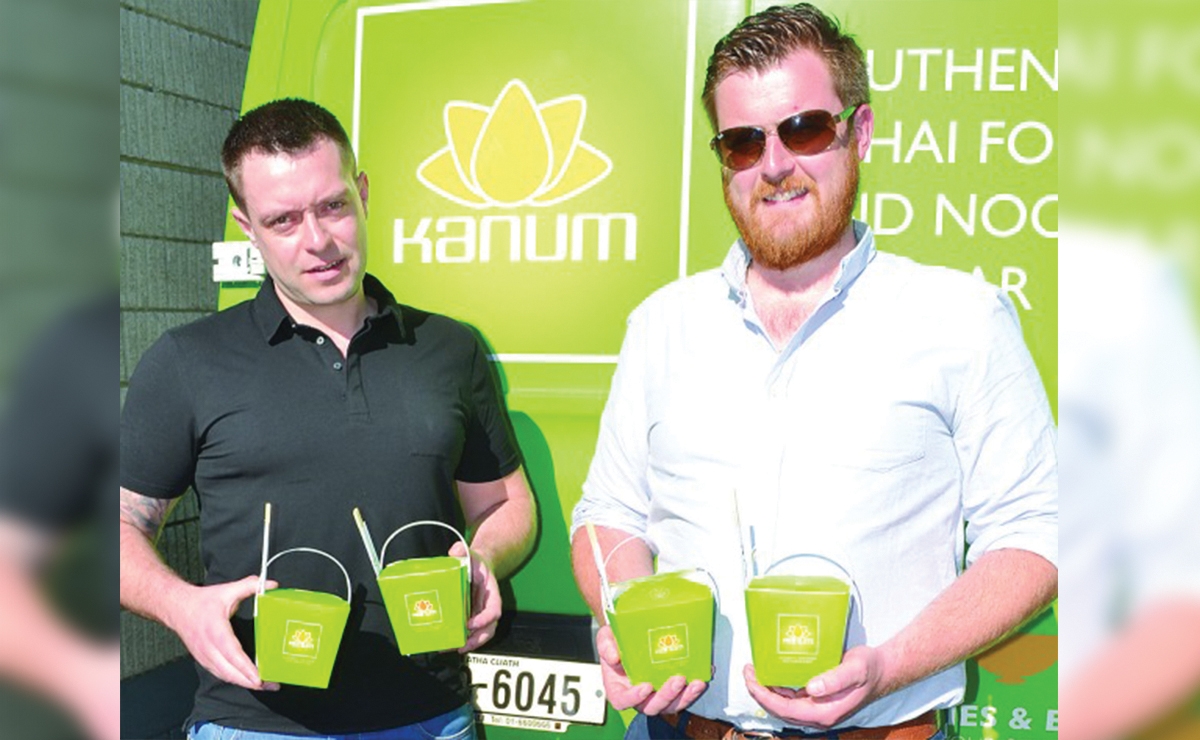 Award-winning Thai restaurant is moving in the right direction

A FIRHOUSE family is behind an award-winning Thai eat-in, takeaway and delivery service that has expanded its healthy take on Thai into Tallaght and Clondalkin.

Brothers Marc and Niall Fitzharris, their mother Breda and their uncle Micheal Loftus opened the first takeaway, sit-in diner and delivery service of Kanum on Mespil Road in Ballsbridge in 2009.

Since then, a second premises was opened in Rathgar Village in 2010, with a third location recently opening in Park West, Clondalkin – which is now delivering to Tallaght, Clondalkin, Lucan, Rathcoole, Ballyfermot and Crumlin.

Due to the growth of the business, and a demand for a fresh, healthier and MSG-free takeaway, Kanum has acquired the premises in Park West as a central base in which to prepare all of its own sauces, farm traceable meat and locally sourced vegetables – which are prepared fresh each morning and delivered to the Ballsbridge and Rathgar locations, where they are cooked in front of the customer.

Marc, who is a fulltime firefighter, told The Echo: “The business has really grown in recent years and alongside the two shops, we are doing corporate events, in-house catering, food fairs, markets and working venues like Electric Picnic – we were there last weekend.

“As we make everything ourselves, we needed a base to prepare the food and develop our original recipes and Park West seemed like the perfect fit.

“We won’t have a sit-in or pick-up service in Parkwest but we will be delivering to local homes and offices daily from 12pm.”

Now living in Lucan, Marc got his idea for Kanum, which employs a team of 12 Thai chefs, while working in takeaways throughout college.

“I didn’t particularly have a background in food, apart from eating fast food and working in takeaways, but I saw that there was a gap in the market for a healthy type of takeaway”, he said.

“I found that people wanted fast food that was fresh, healthy, tasty, low in fat and without all the additives like MSG and from that demand, Kanum was born.

“Opening a food place in 2009 was seen as a big risk but looking back I think that the recession worked in our favour.

“People wanted to eat out but not pay a lot of money, and we gave them that option as we sell restaurant quality food at cheaper prices.”

He added: “For us, it’s all about the food and we got the food right – and were delighted to win 98FM’s Best Takeaway in Dublin award two months ago.

“We work hard to deliver a quality and tasty service and are always thinking outside of the box and trying to adapt, which is how we ended up doing lunch time markets.

“We’re also looking to expand into selling sauces and readymade meals in supermarkets, so watch this space.”

Visit www.kanum.ie for more and order online or call Park West for delivery on 01-9059399.