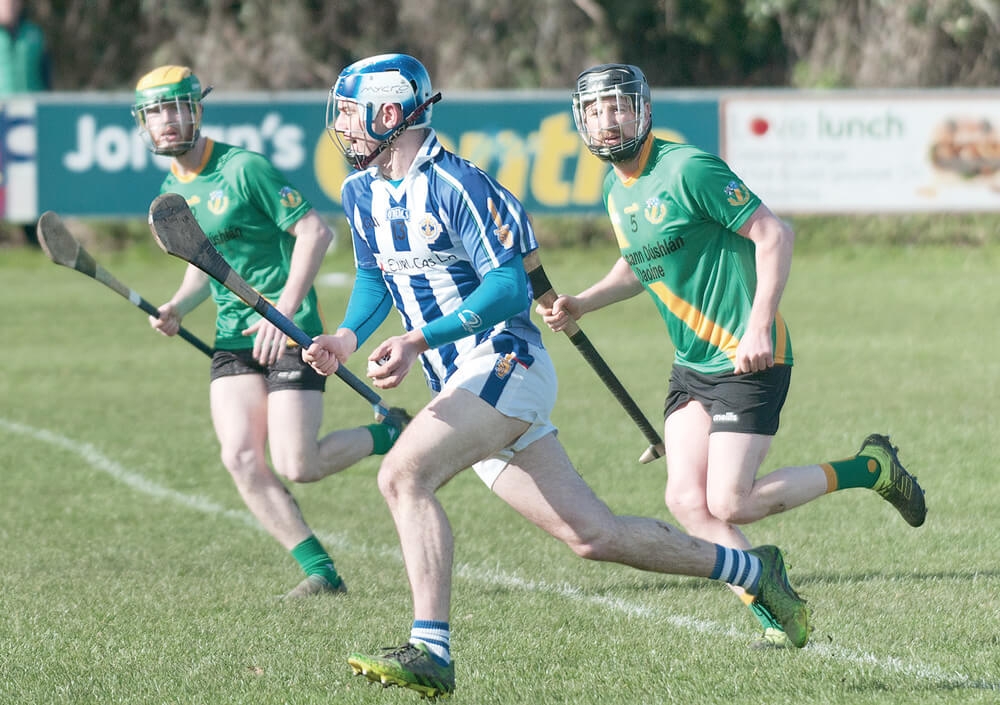 BALLYBODEN St Enda’s are enjoying life in AHL Division Two after getting the better of local rivals Thomas Davis in their opening game of the season in Kiltipper on Sunday.

The Firhouse Road men were promoted to the second-tier after winning 10 games out of 12 on their way to lifting the Division Three title in 2019.

Life in Division Two could not have started on a better note for the St Enda’s Senior ‘B’ hurlers after they carded a 1-17 to 2-8 victory over local rivals Davis.

“We’re in Division Two now so we know what we’re up against,” said Boden manager Brendan Moran.

“It has to be tough, it has to be challenging, and we’d expect nothing less.

“It is a good start to our league campaign. It’s our first game in Division Two because our previous game with Sylvester’s was called off because of the weather and the boys played well, we took their chances.

“Thomas Davis had a few opportunities and they had, what I would call some bad wides, and our lads just took their points. That was the difference in the end.

“They beat us in the quarter-final of the championship last year and it was a question of us remembering that, and getting one over on them.”

The accuracy of Mark Lambert from placed balls proved instrumental in his side’s win and when midfielder Cillian Kirwan burst through to send the sliotar to the net, Boden were in the driving seat at 1-8 to 0-4 by the break.

Although they were without Adam Waddick who was part of Dublin’s Under-20 Leinster Football winning side at the weekend, Davis were bolstered by the return of Davy Keogh from the intercounty scene.

Also without the experience of Zak Moradi, who is still on inter-county duty with Leitrim ahead of their Allianz Hurling League Division 3B Final, the Tallaght club did still manage two-goals after the break.

Gavin Corrigan proved a real handful for the Davis’ backline with the sharpshooter taking them for four-points from play while Shane Kennedy and Matthew Weldon got in on the action with a brace each.

Every time Johnny McGuirk’s side looked like they had half a chance, Boden, led by Naoise Maguire, smothered their advances.

Enda’s welcome Kilmacud Crokes to their Sancta Maria pitch next weekend while Thomas Davis will be looking to bounce back when they go on the road to challenge Scoil Ui Chonaill.

Elsewhere St Jude’s registered their first two-points in the table when they outclassed O’Tooles 4-19 to 0-9 in Abbotstown while Crumlin came up short against Raheny in their match.

After two games, Crumlin are still without a win, but will be hoping to remedy that when they host the Templeogue side in Pearse Park on March 22.