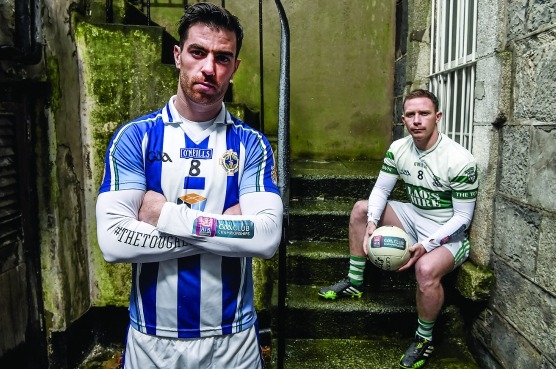 Ballyboden one step from Leinster glory

BALLYBODEN St Enda’s will be hoping Christmas arrives early on Sunday when they do battle with Portlaoise in the Leinster Club Senior Football Championship Final in O’Connor Park, Tullamore.

This is the first time that the Firhouse Road side has qualified for the provincial decider and they will be going all out to lift the coveted prize for the first time.

Andy McEntee’s team have performed brilliantly to reach this stage having gone through a tough campaign in the Dublin Club Championship before continuing on to beat St Patrick’s Drogheda and then a high fancied St Loman’s Mullingar team in the semis.

Boden take on a Portlaoise side that has qualified for the Leinster Club Champ-ionship Final for the third time in four years and will be high in confid-ence.

How-ever the Laois champions for the past nine years have lost to Dublin clubs in the provincial competition for the last three years and they will be eager to make amends against Boden.

Yet Enda’s have the necessary strength in depth to go all the way and will be looking to the likes of Conal Keaney, Andrew Kerin and Declan O’Mahoney for leadership.

Dublin star Michael Darragh Macauley will have an hugely important role in this game as will defenders Stephen Hiney and Darragh Nelson.

Indeed the Boden defence will have to be alert to a lively Portlaoise side who scored five goals as they overcame Emmet Og Killoe from Longford 5-12 to 0-11 in their semi-final clash last weekend.

Paul Cahillane scored two goals and six points for Portlaoise and will have to watched closely by the Boden defence.

One positive note from a Ballyboden point of view is that their younger players like Collie Basquel and Shane Clayton who are only 19 years old and Sam Malony who is only 20 year of age have really stepped up to the mark.

Boden have a full strength squad to choose from and welcome back Aran Waters and Sean Gibbons who have recovered from injury.

“We are really looking forward to the final. Portlaoise have huge experience at this level having reached the final three times in the past four years and we know we have a big task on our hands,” said Ballyboden St Enda’s manager Andy McEntee.

“This is a new experience for us but to be honest this is where we wanted to be. Every player wants to play in a Leinster Club final.

“They are a quality outfit and they impressed in the semi-final last weekend.

“It’s a huge opportunity for everybody and there is loads of excitement around the club so hopefully if we get good support anything can happen.

“Preparations have gone well and we are now looking forward to the big day,” he added.