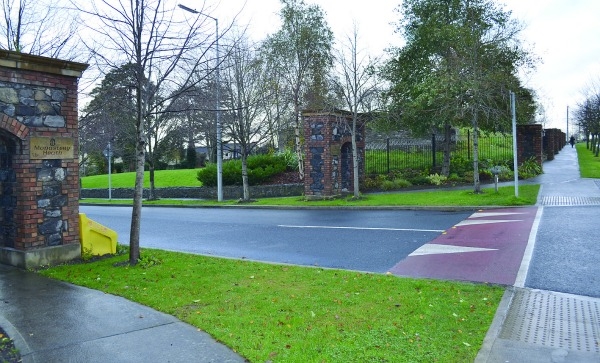 The graveyard at Mount St Joseph, and Monastery Heath, both off the Monastery Road are completely neglected and overgrown and should be taken into public ownership by the South Dublin County Council, according to Sinn Féin councillor Eoin Ó Broin.

The land is currently owned by the developer who built Monastery Heath, despite the estate being built over 20 years.

Cllr Ó Broin said: “Monastery Heath and the graveyard at Mount Saint Joseph have never been taken in charge by the council. Unfortunately this delay has created a number of problems. Trees in Monastery Heath have become overgrown and are causing nuisance to residents.”

Cllr Ó Broin said that the graveyard at Mount St Josephs has been neglected, but he praised Clondalkin Tidy Towns committee for their great work in maintaining the graveyard.

Cllr Ó Broin added: “However it is time for the council to step in and take the estate and graveyard into public ownership to ensure that they are properly maintained into the future.”

He told The Echo he understands that meetings are due to take place between SDCC officials and the developer to start the taking-in-charge process.

He added: “ I also understand that the original planning permission stipulated that the graveyard would pass to the management company representing owners in the estate when the taking-in-charge process was complete. This would not be an acceptable situation either for the residents or for the community at large.”

At last week’s meeting of the Clondalkin Area Committee, councillors called for the graveyard to be brought back into public ownership and asked officials to examine the legality of this and report back in December.

Cllr Ó Broin has also called for the graveyard to be included in the schedule 2 Record of Protected Structures in the SDCC Development Plan 2016-2022.

He added: “Clondalkin is rich with local history and the council must do everything in its power to preserve and promote this history.”

A spokesman for SDCC told The Echo: “We are working with the developer to have the open space at Monastery Heath and to have consideration for taking the graveyard into public ownership.”