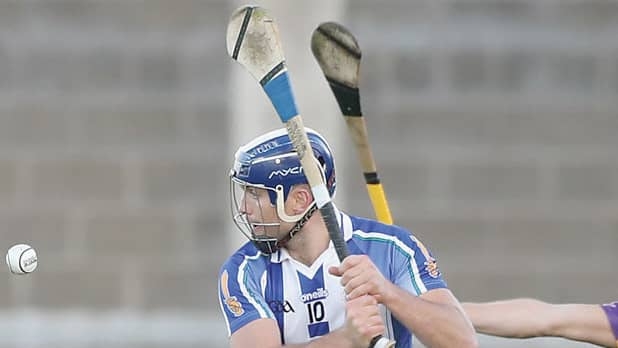 THERE was disappointment for Ballyboden St Enda’s in the Dublin Senior ‘A’ Hurling Championship decider at Parnell Park this afternoon as they lost out 2-20 to 1-18 to Cuala.

Despite finding themselves in the ascendancy for large spells, Joe Fortune’s side suffered a five-point reversal at the hands of the defending champions.

Although they were rocked by the concession of a goal from Cuala attacker Sean Moran, 'Boden were 0-8 to 1-4 in front on the first-quarter mark.

Indeed, after Paul Ryan had a penalty turned away by opposition netminder Sean Brennan in the 25th minute, the evergreen Conal Keaney was on hand to sweep home the rebound.

This helped the southsiders to establish a 1-13 to 1-9 interval lead, but with a slight wind at their backs on the resumption, Cuala were expected to step up their challenge.

Thanks to the dead-ball accuracy of David Treacy, the holders were a single point adrift (2-15 to 1-16) moving into the closing 10 minutes of action.

And the Dalkey outfit subsequently hit the front when Moran clinically dispatched a penalty to the net.

Even though Ballyboden battled to the bitter end, Cuala ultimately claimed their fourth senior county title in the space of five years.