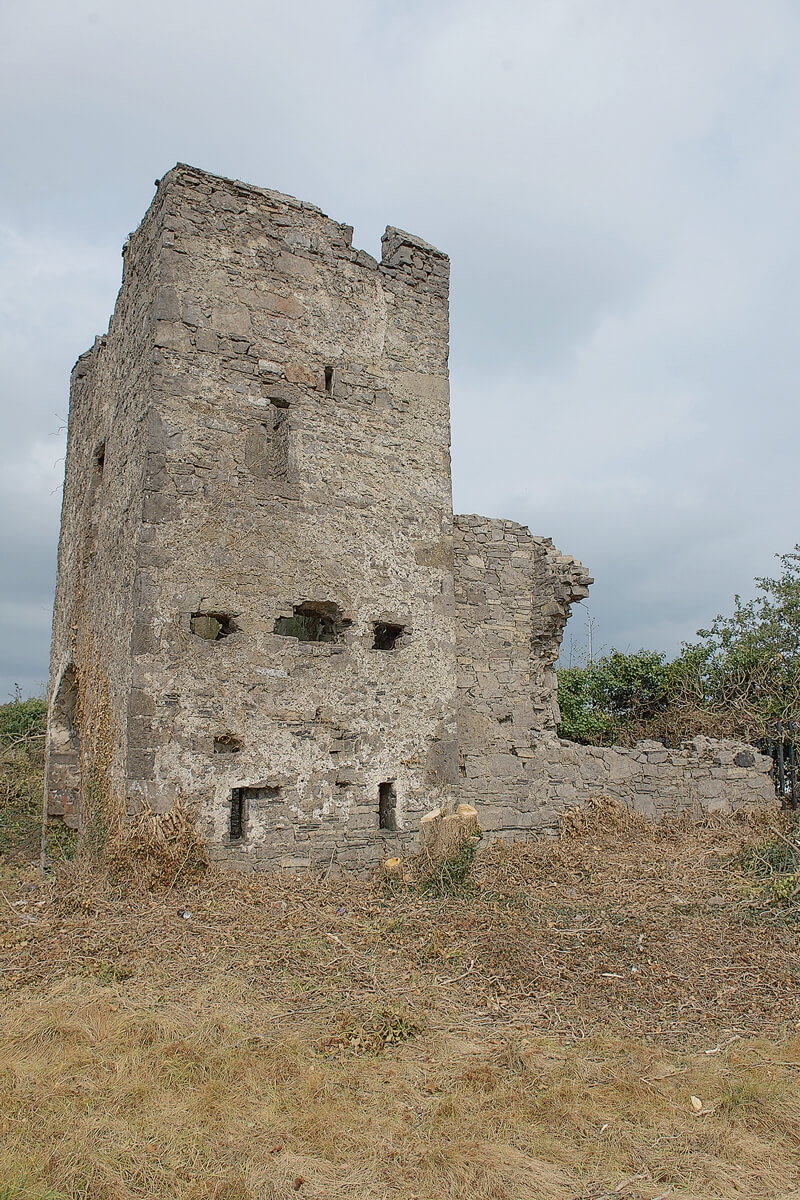 AFTER a lengthy campaign, the ivy has been removed from the Ballymount Castle gatehouse – with plans now in place to restore the national monument and light it up for all to see and celebrate.

Located between the M50 at Kingswood/Ballymount and the Kingswood and Red Cow Luas stops, Ballymount gatehouse has emerged from the overgrowth – much to the surprise of locals and M50 and Luas commuters.

Ballymount Castle is believed to have been constructed in 1622 by William Parsons.

More than seven years ago, the restoration of Ballymount gatehouse was highlighted and championed by Tallaght Community Council (TCC) while in 2015, local historian Ed Mooney expressed his sadness over the gatehouse being hidden “behind a thick blanket of bushes”.

Mr Mooney told The Echo in 2015: “[Ballymount Gatehouse] should be the heritage gateway to Tallaght given its prime location on both the M50 and the Luas track.

“It has the potential to be seen by thousands every day.

“Sadly it isn’t and resembles a bush instead of standing proud as a nod to its prestigious past.”

However, the ivy has this month being removed from Ballymount gatehouse, unveiling the protected national monument in all of its glory.

After being contacted by members of the community, including TCC, Green Party councillor Francis Duffy has been actively working on the issue of Ballymount gatehouse for the past five years.

After a lot of work over the past five years, including a tendering process to find a conservationist, bat and bird surveys and communicating with the National Monuments Service, the ivy has been removed from Ballymount gatehouse.

According to Cllr Duffy, the next step is to get the structure surveyed and, following a report back to the council, restore the gatehouse.

“The structure now has to be surveyed and work will be needed to make it safe for future generations”, Cllr Duffy said.

“The next phase requires the structure to be surveyed, so remedial works can be carried out.

“Finally landscaping and lighting will showcase the gatehouse for locals, commuters and tourists alike.”

Cllr Duffy told The Echo that his vision would be to light up the structure from both the M50 and Luas sides.

Ms McLoughlin told The Echo: “Ballymount Gatehouse is one of the architectural conservation projects undertaken this year for council-owned protected structures.

“The project is being managed by the Councils Architectural Conservation Officer under Land Use Planning and Transportation Departments projects.

“Funds were allocated for this special project as part of the Architectural Conservation Forum.”

She added: “The vegetation and site clearance has been completed in order that a full conditional assessment and survey of the structure can be carried out by a consultant conservation engineer.

“A full scope of works for remedial repair/conservation works will be agreed in order that works can commence over the coming months.”