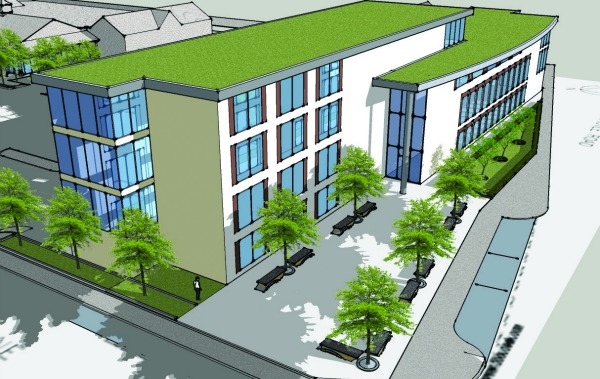 BALLYOWEN Castle Primary Care Centre Ltd have lodged an appeal with An Bord Pleanála (ABP) against the decision by South Dublin County Council to refuse permission for a proposed €5 million primary care centre in Lucan.

Plans by the HSE to install a four-storey building in the retail area at Ballyowen Castle Shopping Centre were met by fierce objections from local residents and representatives.

Residents raised concerns about the scale of the development, and its impact on local amenities and traffic.

This was supported by local representatives, who cited concern for the future of existing health centres – Lucan Health Centre, and Rosse Court Resource Centre in Balgaddy.

Proposals for the 2,900 sq.m. four-storey centre were initially lodged in January.

In refusing permission, the council said the development would be too high for adjacent houses and sub-standard provision of car-parking would represent “overdevelopment”.

Planners said the location within “the busy Ballyowen Shopping Centre” would have a “shortfall” in car-parking provision, endangering public safety.

NEWER POSTDesigners out in force for €450,000 ‘Ballyer’ Park
OLDER POSTCheck out all the biggest stories from last week’s Echo