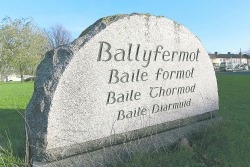 DESIGN practices from New York, Amsterdam, London and Dublin, have been announced as finalists for the proposed €450,000 Ballyfermot Play Park design in the Lawns.

The Matheson Foundation and Dublin City Council are co-funding the project, in partnership with the The Irish Architecture Foundation (IAF).

They will now be asked to take on the feedback from the first stage of judging and consult further with the local community representatives of Ballyfermot before returning an improved design for the second round on January 21.

The competition attracted design teams from around the world.

Final judging will take place on January 27, and the overall winner will be announced on January 29.

Design guidelines for the new play park have been shaped and influenced by a programme of community engagement events led by the IAF.

The first of the shortlisted designers flew over last week to meet members of the community and see the site – before doing a workshop in St Ultans National School.

The London team are out this week, followed by the Dublin team and the New York team in January.