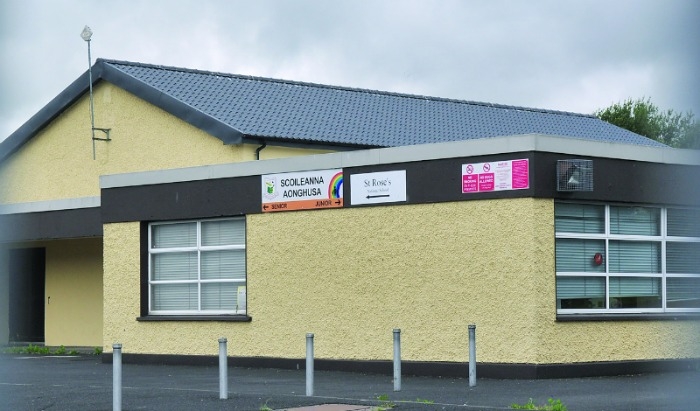 SCOIL Aonghusa Senior National School in Balrothery have submitted additional information to a planning application, which is seeking the construction of an extension to alleviate overcrowding.

The planning application was submitted to South Dublin County Council in July, and includes proposals for a new 200 sq m single-storey extension, containing one classroom and four resource rooms.

There are 200 students attending Scoil Aonghusa Senior National School, which caters for pupils in third to sixth class.
According to the plans, the school has experienced a great deal of overcrowding in recent years.

The proposed extension is intended to alleviate the current problems of congestion and overcrowding within the school campus due to pupils moving from junior to senior school on the same site.

Overcrowding is the primary reason for the proposal, with the school hoping to accommodate students who at present are “crammed into open areas.”

According to plans, there will be no increase in pupil or staff numbers as a result of the proposal.

School authorities say there will be no subsequent increase in traffic or car parking require-ments.

Scoil Aonghusa have claimed an exemption from planning fees on the ground that the building is for use by a community-based voluntary education organisation.

Council planning authorities sought additional information of car parking and drawings for the surface water drainage system.
This information has been submitted to the council by the school.

A final decision has yet to be made by planning authorities.