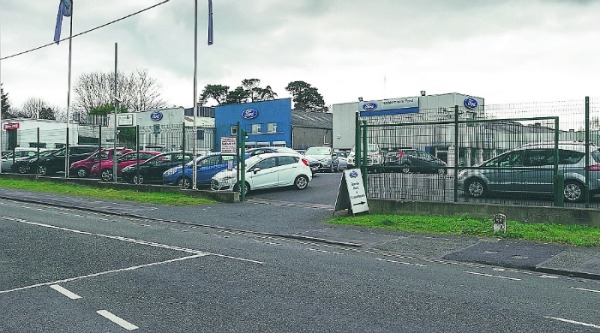 Rathfarnham Ford have subsequently lodged an appeal with the council, seeking adjustments to a number of conditions contained within the permission granted.

The appeal, lodged by David Mulcahy Planning Consultants on behalf of Rathfarnham Ford, says their clients feel they are being “unfairly treated” on account of not complying with an earlier landscaping condition, which was the responsibility of a previous owner.

The applicant states the plans are to improve the visual amenity, yet “the council are seeking to force the loss of up to 16 car parking spaces at the most important location for any car showroom at the front of the site.”

The appeal also cites an “enormous financial contribution” of €78k which was made to the planning authority in respect of the subject planning application.

The appeal calls for a “reasonable compromise where the applicant gets to carry out the works he seeks and the council gains an attractive strip of quality landscaping.”

“We further submit that the applicant should not be subject to any levies,” said the appeal.

A number of objections to the development were lodged to the council during the planning stage, including a submission by the Glendoher and District Residents Association.

The GDRA have subsequently lodged an appeal to An Bord Pleanála, claiming the proposed development would injure residential amenities in the area, and expressing concerns for the proximity of local stream banks and riverbanks.