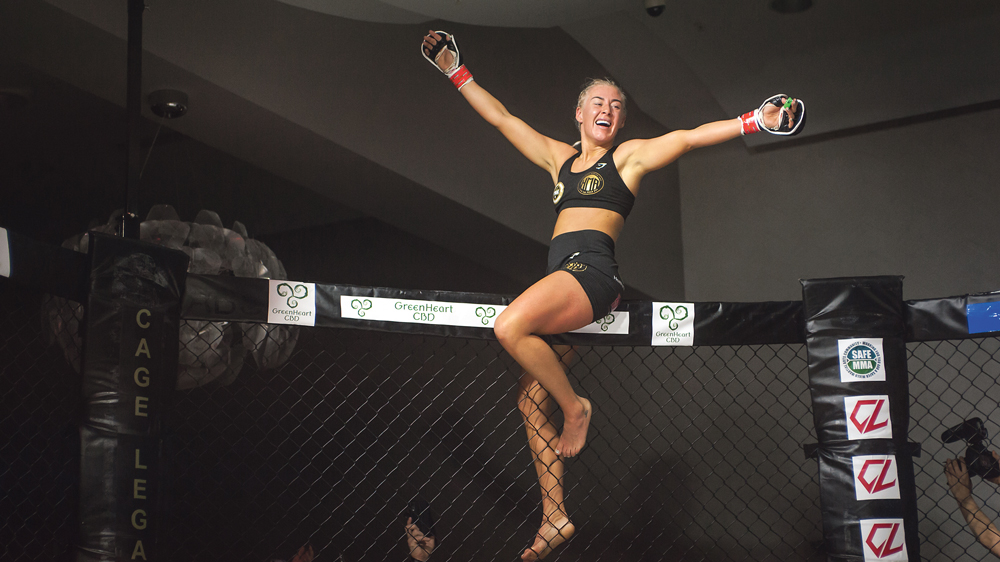 SHAUNA Bannon has signed off on her amateur mixed-martial arts career with a TKO victory over Shanelle Dyer to seize the Cage Legacy Flyweight title.

Carney, who is a Rossfield native, travelled to Holland for the competition and topped the podium after winning her first match by short choke and second on point respectively.

The Holohan MA pair are training partners, with Carney flying home to watch Bannon compete for the title at Cage Legacy 14 at the Pilot Hotel in Ashbourne, Co Meath.

In three, three-minute rounds, Bannon, who is now set to turn professional, worked her way into the contest to eventually card the win against her English counterpart inside the cage.

The 28-year-old landed a well-timed head kick to drop Dyer in the first round and followed her to the mat, ending the round with some heavy ground-and-pound.

After surviving the first, Dyer started to land much more successfully in the second round before succumbing to a late takedown.

In the final round, Bannon flexed her full range of mixed martial arts abilities, perfectly executing another level-change before passing guard and laying down fire to force a TKO stoppage.

“It’s definitely a great ending to the year,” Bannon told The Echo.

“I’ve fought abroad and I’ve fought up the north and I’ve never fought in front of a crowd like that. It was unreal, you feel the buzz in the room.”

Having ended the year 5-0 and with a record of 9-3 in the amateur ranks, Bannon has decided now is the perfect time to turn professional.

“I’ve made that transition to go pro now. I was planning on it last year, but then I got pregnant,” Bannon explains.

“During that year off I was watching much more than I would have had I been training.

“I’m always training, you could almost say I overtrain.

“But having that year really helped with my development because I couldn’t spar or have full contact, so I was able to absorb much more through watching and I developed in other ways.

“So when I went back training, I was much more structured in how I was approaching things and could focus my training and tailor it.

“I’m 9-3 now at amateur, I’ve gained loads of experience as an amateur and any mistake I could have made, I did as an amateur.

“I feel like I have the experience now that will stand to me as a professional.

“You have to have at least five pro fights before the UFC will take you on. So I’m planning on fighting at least five times over the next 18 months and then hopefully go into the UFC.”