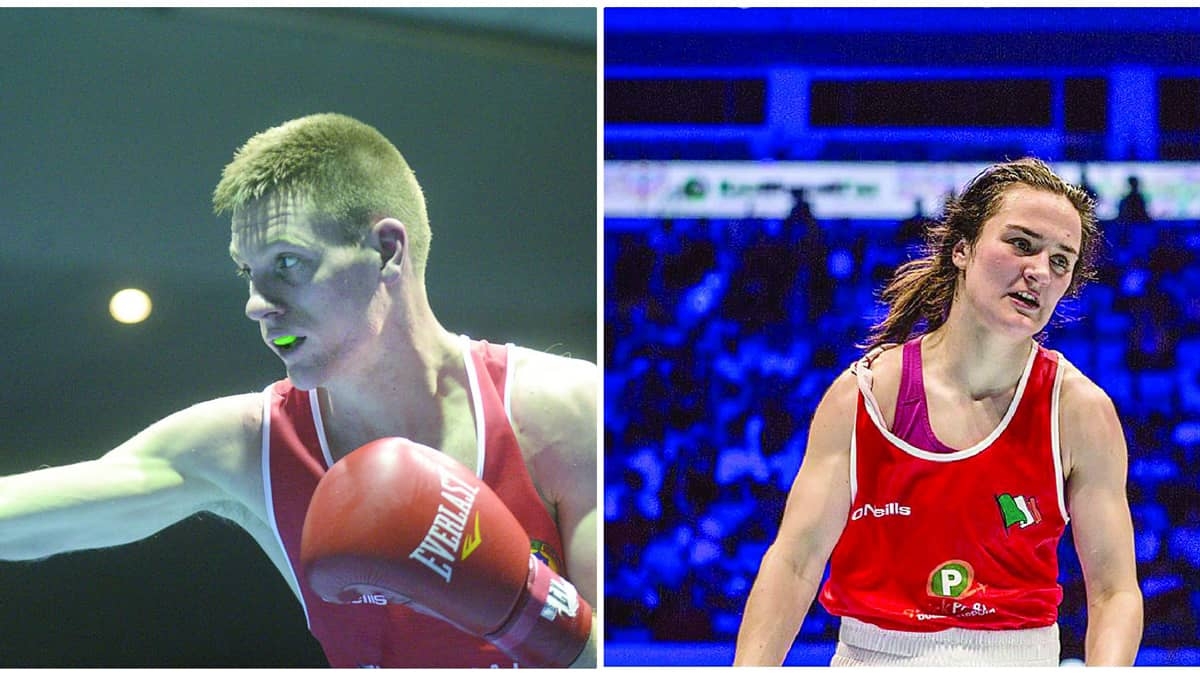 Bates and Harrington progressing well in build up to Olympic qualifiers

ST MARY’S Boxing Club coach Noel Burke is very satisfied with how his protégés George Bates and Kellie Harrington are progressing as they continue their build-up to the 2021 Olympic Games qualifiers.

Both boxers are over in Italy taking part in an intense training camp before they travel directly to France for a tournament later this month.

It is hoped that the European qualifiers can be rescheduled for late February/early March of next year and Burke is confident that both of his competitors will be ready for the challenge whenever it arises.

The two saw their bid for the Tokyo Summer Games put on hold after the postponement of the qualifiers in London as a result of the Covid-19 outbreak back in March.

For Tallaght man, Bates, that was a particularly agonising decision as he was just one fight away from a place in the quarter finals and, with it, a ticket to Tokyo.

Yet Burke has been mightily impressed by the form of the Tallaght man who had secured passage through to the last 16 of the 63kg division in London following his victory over Leon Dominguez of Spain, which had set him up for a pivotal clash with Azerbaijan’s Javid Chalabiyev.

Burke is not worried about Bates state of mind, having had to wait so long to complete his bid for Olympic qualification.

“George is a very laid back individual, it’s nearly boring how steady he is” laughed Burke.

“There’s never any drama with George. He’s a very calm person and nothing seems to phase him and that’s what you want.

“I’m very confident he can beat Chalabiyev and that’s no disrespect to Chalabiyev. He’s a former world champion and all, but I just feel George has come on so much in the past year.

“He’s stepped up in the weight and he’s got a lot more power now. He’s in full time training for the past year or so and that’s really helped” he added.

Harrington did not get the chance to contest the women’s lightweight qualifiers in London, but Burke is happy with the way things have been going for the 2018 World champion.

“Kelly has got some great sparring over in Italy and she’s very happy at the moment.

“Like George, her training regime is brilliant. They understand what they have to do and they never let up and that’s great for me as coach.”