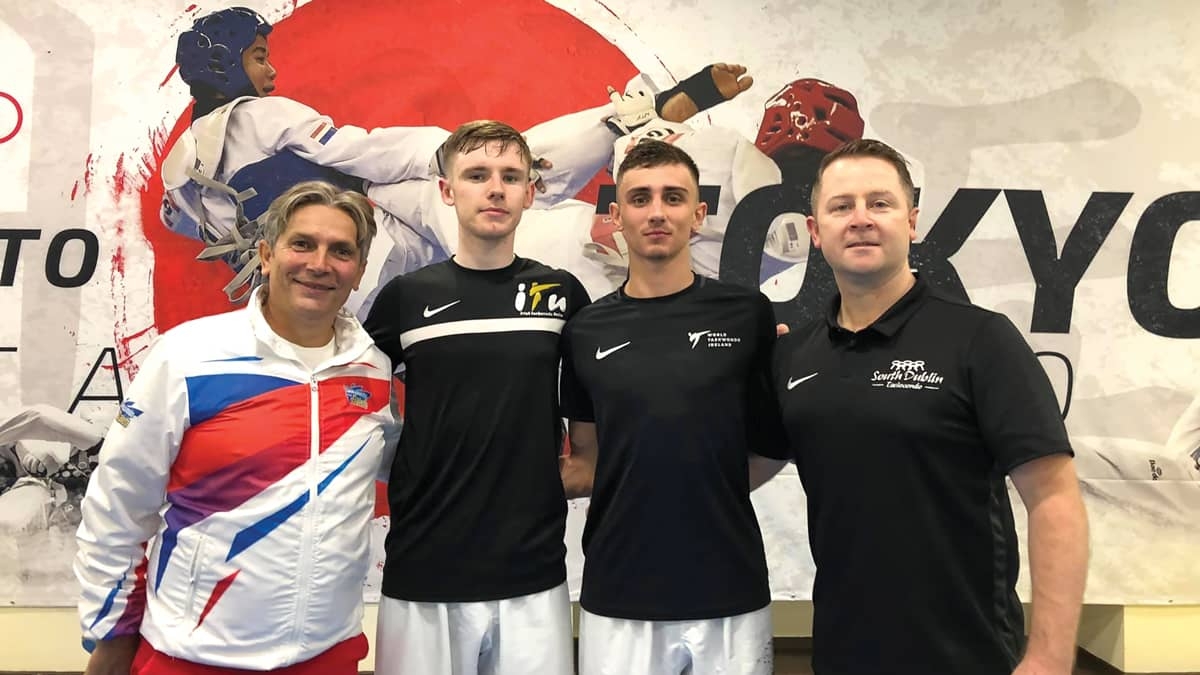 SOUTH Dublin Taekwondo club from Tallaght are looking forward to a return to competition in the not too distant future.

The club are running their own digitally based tournament throughout October and November where all members have a free entry in divisions that measure reaction time of kicks.

“There are two divisions, namely ‘back leg kick’ and ‘spinning kick’ where the fastest average kicking speed over a 60 second round is measured using a device we use called 2020 Armor” explained club Coach Robert Taaffe.

“Up until the Level 5 announcement, we were lucky that members could make appointments for individual training to prepare their tournament entries, however with the further restrictions, members who wish to enter the tournament can borrow the equipment to train from home and send in their entries on video link” he added.

The event is a spin-off of a worldwide initiative held in September where all owners of the ‘2020 Armor’ kit entered a worldwide event to see the fastest kicker with a roundhouse kick.

Some 12 SDTKD members entered the worldwide data driven tournament with their own Jack Woolley finishing in the top eight globally.

On the international scene, SDTKD has been ensuring their international athletes with interests in elite competition have had the opportunity to continue training and engage competitively abroad.

The team travelled to a training camp in Budapest last month, with a much welcome return to the ring for cadets Emma Cahill and Shauna Farrell alongside Tokyo 2020 qualified Jack Woolley.

Last week Woolley also met up with four other fellow qualified athletes and a host of other hopefuls in Belgrade, Serbia for a week long camp with his team mate David Phelan and Taaffe.

The trio are now making final arrangements for a further camp in Paris at the beginning of November to help ensure they are match ready.

December this year will likely see the return to competitive tournaments for some of SDTKD’s higher level athletes with a European Championships scheduled in Bosnia & Herzegovina.

“We are training with adapted measures to align with restrictions as if we could be called to an event next week” said Taaffe.

“If athletes want to be invited to attend an event, we expect they are match ready at all times. “It has been a difficult year for all involved in sport, but on a positive note, it is great to see the resilience and focus of athletes shine through at these testing times” he stressed.

NEWER POSTNature on our doorsteps: Wonderful woodlice
OLDER POSTBates and Harrington progressing well in build up to Olympic qualifiers