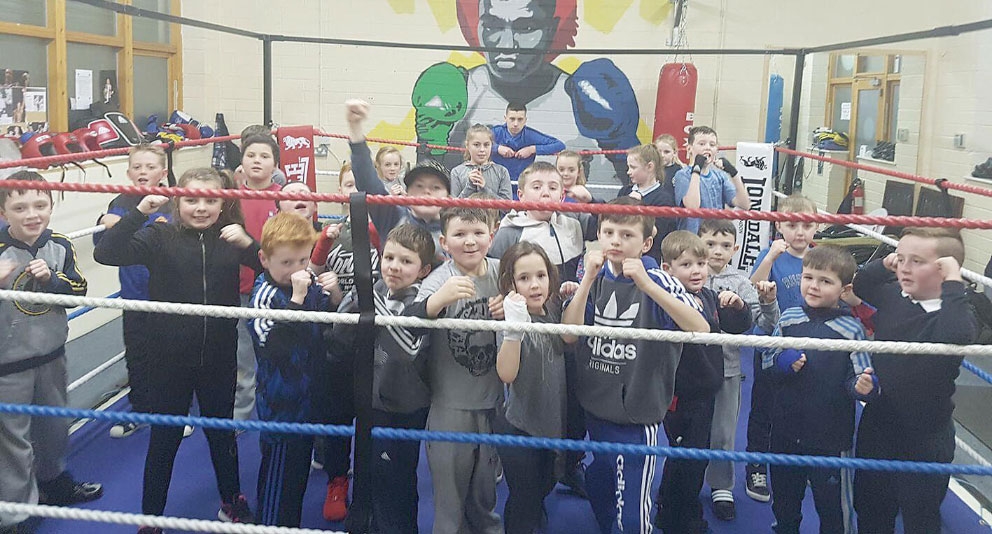 BAWNOGUE Amateur Boxing Club, last week, announced its closure after four years of catering for young local competitors, with a number of the coaches and boxers moving to Palmerstown Boxing Club.

Having operated out of the local Enterprise Centre for some four years the club had to move to St Ronan’s NS once that lease had run out late last year.

Constantly transporting club equipment to the new premises where it had to be unpacked and re-packed proved unsustainable, and club officials had little option but to close down.

“The cost of premises now is very high and we really got no help from the Council after our lease ran out,” said Bawnogue BC Coach Andrew Jennings.

“Cllr Mark Ward did come back to us saying there was this and that available, but the cost of premises is high.

“We catered for 30 plus boxers and we were all just about keeping young kids off the street and I would have loved to stay in the area, but we just couldn’t keep that going- putting up and taking down the equipment and then packing it away and transporting it to a shed before having to do it all again,” he explained.

Jennings, together with his brothers Patrick and Darren, and other former Bawnogue coaches Jason Drumm and Patrick Maughan, have joined up with Brendan Dunne and Greg Ormond in Palmerstown BC.

What’s more some 17 boxers from Bawnogue have moved in the same direction with others expected to follow.

“Those boxers will still be competing in competitions under Bawnogue until the end of the season but will be training in Palmerstown,” added Jennings.