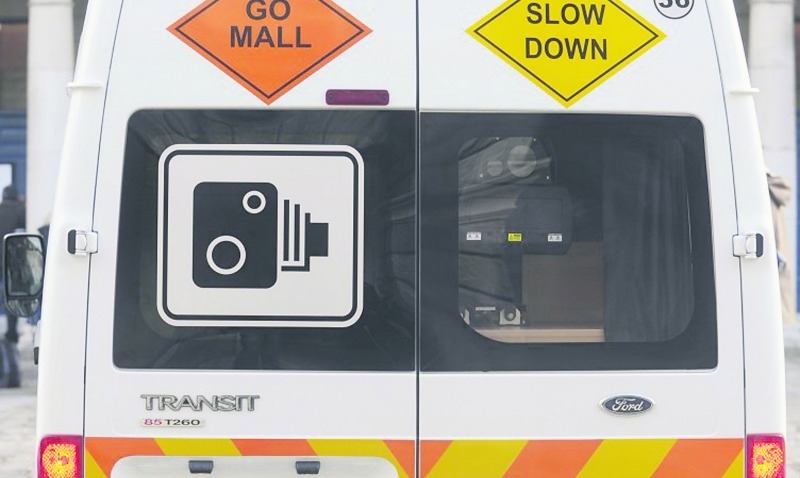 A MOTORIST was caught doing 58km/h over the speed limit on the Belgard Road last week, when the traffic core was out in force for National Slow Down Day.

Held from 7am on Friday, October 21, to 7am on Saturday, October 22, An Garda Síochána and the GoSafe vans checked 135,000 vehicles nationally, during which they detected 341 vehicles travelling above the speed limit.

While specific figures for local communities are not available, An Garda Síochána did confirm that one motorist was caught doing 138km/h in an 80km/h zone on the Belgard Road in Tallaght – one of the highest speeds detected.

Speaking with The Echo, Tallaght Superintendent Peter Duff said: “With the clocks going back on Saturday, we will have darker evenings at the main commuter times for people travelling home from school and work.

“We’d ask people to drive carefully and to stick within the speed limits.

“Also, remember, just because there is a speed limit you don’t have to reach that speed – it’s a limit not a target.

“People should adjust their speed depending on road conditions and weather, for example, and always err on the side of caution.”

Supt Duff added: “As we come into the darker, colder weather, I’d also encourage people to check their cars.

“Take an hour this Saturday and check your bulbs, your indicators, and make sure your car is safe and road worthy.”

An Garda Síochána issued a thanks to the 134,669 drivers who were found, on National Slow Down Day, to be compliant and who drove within the speed limit.