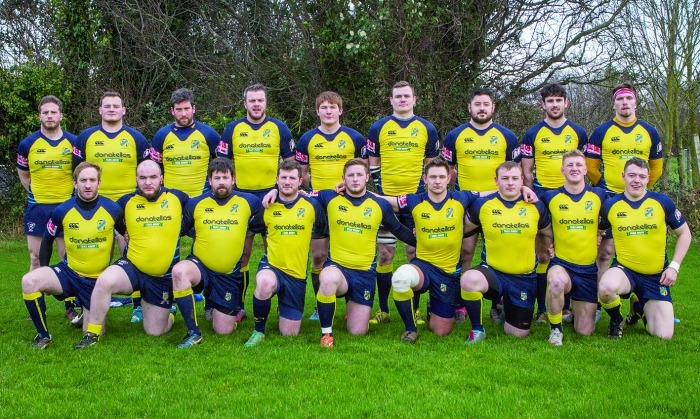 HUGE wins over Tullow at the weekend have seen both Clondalkin RFC firsts and seconds move up their respective tables.

A 27-21 point win has propelled the former into second place in Division 1B of the Leinster League while a late try by full-back Paudge Murphy clinched a 22-18 triumph for the seconds that saw them overtake Tullow into first position.

The firsts were deadlocked at ten points apiece at the halftime break, Chris Jebb drawing first blood for Clondalkin by way of a penalty only for Tullow to hit back with an intercept try.

Clondalkin regained the lead when Jebb’s crossfield kick was gathered in by Niall Nolan and fed back inside to the oncoming full back Mattie Stapleton who scored in the corner.

Jebb tagged on the extras, yet Tullow restored parity before the break with a penalty, having spurned a couple of opportunities to go for the posts.

Opting instead to go for the corner, they were unable to capitalise on the territoty gained and a combination of Tullow mistakes and solid defending by Clondalkin ensured the game remained level heading into the second period.

It was Clondalkin who were first out of the blocks after the interval, Jebb spotting a gap between the outhalf and first centre to score under the posts and set up an easy conversion.

Yet after shipping a couple of penalties and a try and seeing centre Andy Tyndall yellow carded, the Dubliners were on the backfoot somewhat.

Yet all that changed when Stapleton intercepted and raced in unopposed before Jebb converted.

And a little more daylight was put between the sides when, from a turnover by Neil Finlay, Clondalkin registered another penalty.
Next up for the Clon-dalkin firsts will be a home match against leaders Wicklow on Sunday.

Meanwhile the Clondalk-in seconds snatched the spoils late on against a Tullow outfit that led almost all the way.

James Davis’ touchdown had kept Clondalkin in the reckoning, but it looked as if their Carlow opponents might well have done enough to take the win.

That was until Murphy finished off a well-worked backline move by scoring in the corner after their opponents had been reduced to 14 men.