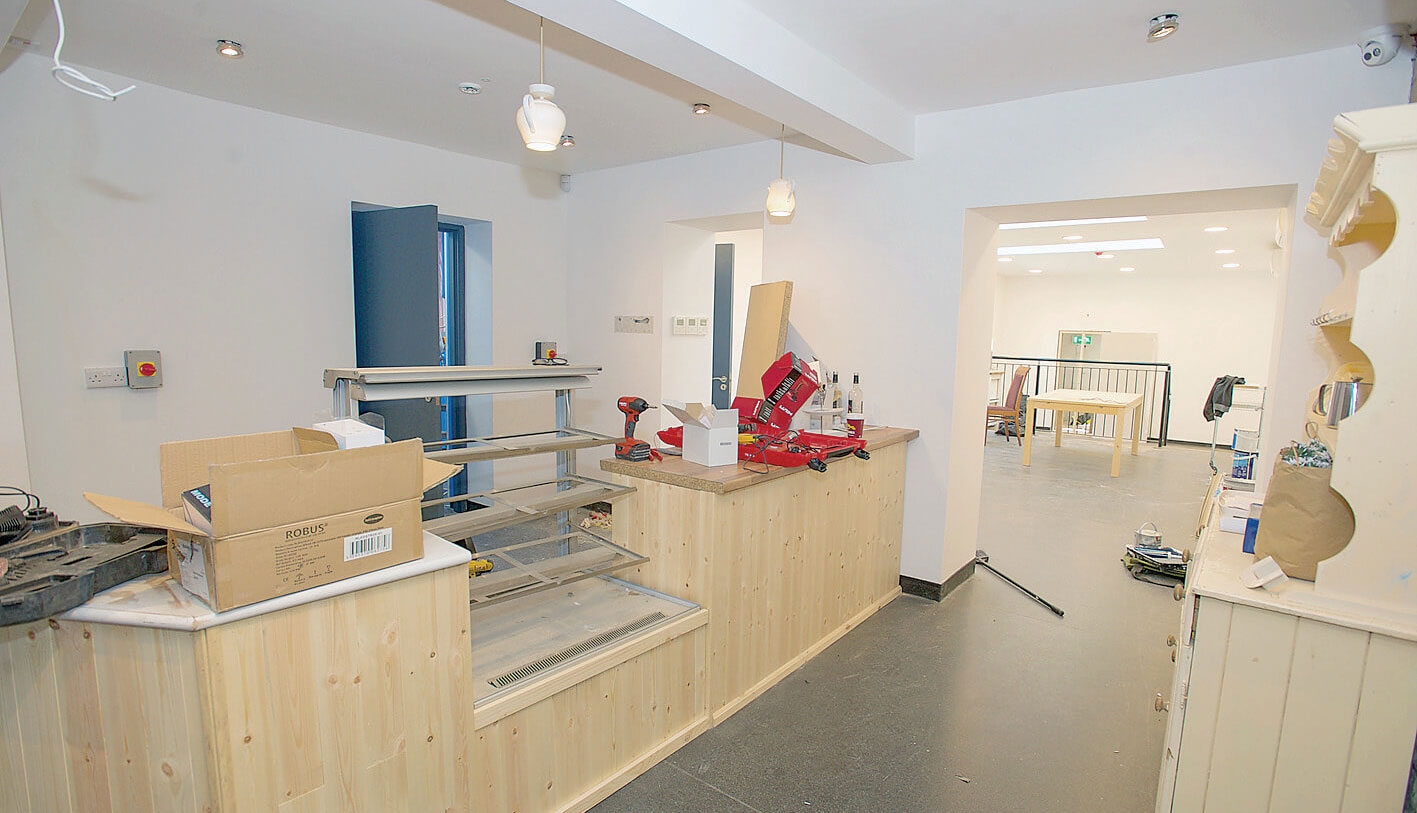 TALLAGHT’s new bilingual café and bookshop is set to open in March, with the new venture hoping to harness the local love for the Irish language - providing people of all levels with an opportunity to use Gaeilge within their community.

As previously reported, the revived Gaelphobal Thamhlachta purchased a building on Main Street, Tallaght, with work on transforming the premises into a cultural centre, café and bookshop commencing 12 months ago.

The Billingual centre in Tallaght.

Now, a year down the line, the ionad Gaeilge and Culturtha [Irish language and cultural centre] is nearing completion, with plans in place to open the doors of the caifé Gaelach and bookshop in mid-March.

The centre is home to the bilingual café and bookshop, with space upstairs for the running of Gaelphobal Thamhlachta and a youth club.

The creation of the cultural hub was made possible with support from South Dublin County Council, which gave €50,000 to the project, and a €150,000 grant from the Department of Arts, Heritage and Gaeltacht.

Plans are also in the pipeline, pending funding, to develop a mini, 60-seat theatre to the back of the premises on Main Street.

Speaking with The Echo, Pól Ó Meádhra, Chair of Gaelphobal Thamhlachta and Scoil Santain teacher, stressed how the café and bookshop is for everyone, and is a social outlet for those who have no Irish, cupla focail or are fluent.

“We see the development of the centre as a natural progression of the Gaelscolaíocht movement, which began in the area in the late seventies and is now a thriving phenomenon in Tallaght”, Pól said.

“As a direct consequence of the incredible amount of work done by An Cumann Gaelach Thamhlachta in the 70s and 80s, and the founding of the Gaelscoileanna here, there are literally thousands of people in the area with a very good command of Irish – which we hope to harness, developing a high level of bilingualism in the Tallaght area and beyond.

“The idea is to give people an opportunity to use the language outside of the education system, give people the sense that Irish is in fact a real everyday language.

“To this end everyone will be welcome from those who would like to learn the language, those learning and those already fluent.”

The café, which will serve a fare of tea, coffee, cakes, sandwiches etc., is being run by one paid staff member and a team of volunteers.

A competition to name the new caifé Gaelach is also being held.

An opening date for the caifé Gaelach and bookshop will be confirmed in the coming weeks.

The deadline for the naming competition is March 7. Send your suggested name for the new café to pobalnagaeilge@gmail.com