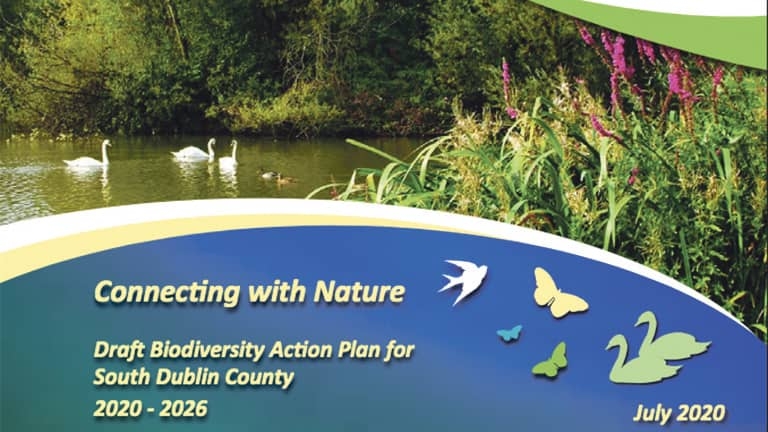 Biodiversity action plan now calls for input from the public

The draft plan outlines the local authority’s plans for promoting and encouraging biodiversity in the county over a six-year period.

A key target of the draft plan is surveying and mapping habitats and species in the county, identifying high nature value areas and local biodiversity spots, mapping the county’s green infrastructure, and locating and managing non-native invasive species, to ascertain what biodiverse sites are in the area.

Other aims of the draft plan include promoting the enjoyment and protection of nature in the county, supporting rural and urban communities to undertake local biodiversity projects, and devising and implementing good governance strategies and best practice guidelines.

Liam Sinclair, a Green Party councillor for Tallaght Central, told The Echo: “Right now we’re in a biodiversity emergency – we’re very close to a tipping point, and we need to  make sure we don’t go past that tipping point into disaster.

“This is one part of what needs to be done to prevent that from happening. We’re very strong on biodiversity in the council, and if we have a strong plan with people engaging with it, then it could become best practice.”

Members of the public can make submissions on the plans – free of charge – until Monday, August 10.

“The public consultation process exists so that people in the county know what the council is doing, and so they can’t do what they want without any scrutiny,” added Cllr Sinclair.

“When more people engage with their local authority [during the public consultation process], it shows it’s worthwhile to have the consultation.”

Submissions on the draft biodiversity plan can be made online, at consult.sdublincoco.ie.

All submissions must be received by August 10.