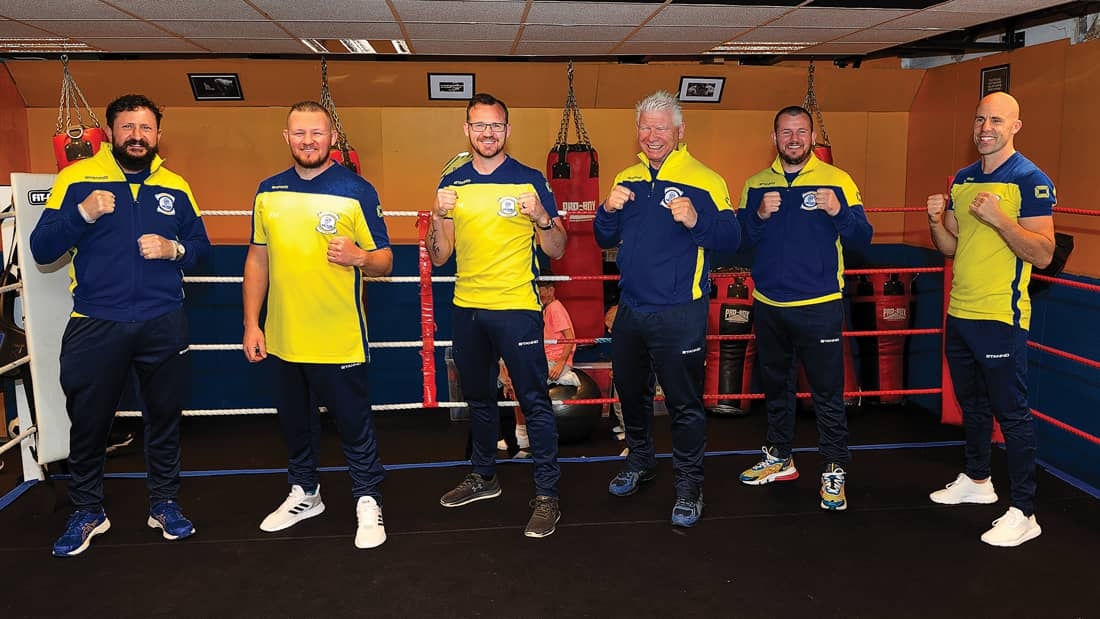 GOLDEN COBRA Boxing Club returned to action yesterday as it opened the doors of its new premises in Rathcoole.

The club, which had held an open day last Saturday, provided its first official training session on Wednesday, marking the start of a new era for the Hyland brothers and their coaching team.

The club came back into existence in June following the official renaming of Hyland Boxing Academy and the subsequent move to new premises in Rathcoole from SBG Tallaght.

There is no shortage of boxing experience among the team running the club which includes the three Hyland brothers, Eddie, Patrick and Paul along with their cousin Daniel Hyland, uncle Paul Hyland, Aodh Carlyle and Tommy McCormack.

The late Paddy Hyland senior had founded the original Golden Cobra Boxing Club back in 1990 and his three sons are delighted to be able to carry on the name.

“Since we put out that statement that we were coming back with Golden Cobra, the phone has not stopped” Eddie Hyland told The Echo.

“The messages we’ve been getting on social media have been amazing with people looking to see if they can join.

“For the past 30 years the Golden Cobra sign has never been over a building so this is a moment in time certainly for me and, I’m sure, for my brothers.

“If the auld fella was here, I’m sure he would approve.

“We’re very excited about getting everyone back. We’re just itching to get back to do what we do best” he added.