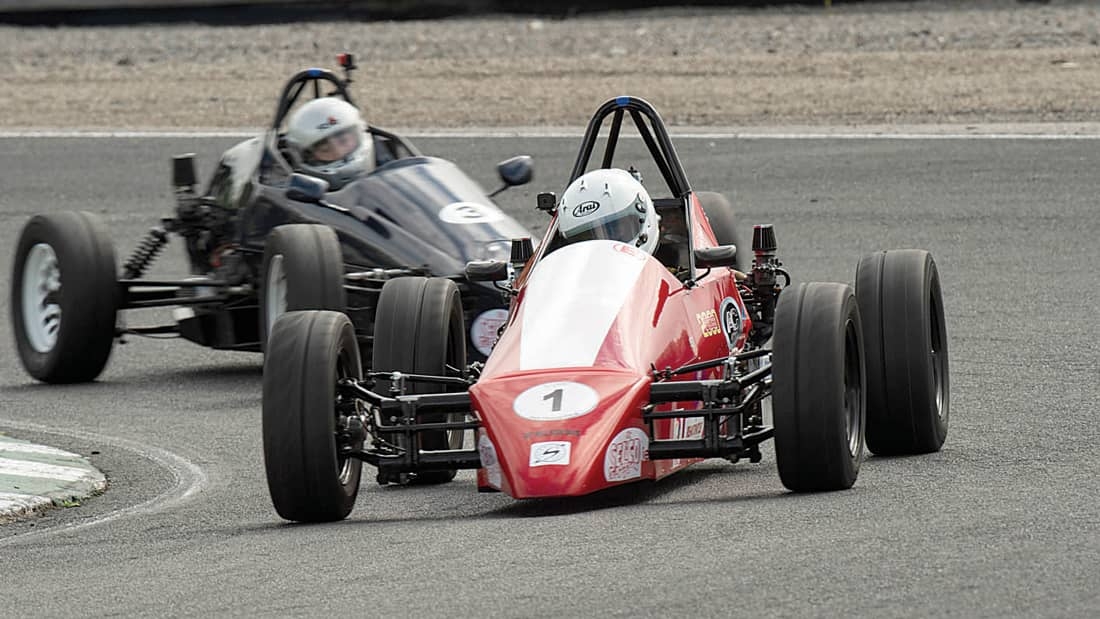 TALLAGHT man Anthony Cross made an encour-aging start to the defence of his Selco.ie Formula Vee Championship title at Mondello Park recently.

Lining out among a strong grid of 24 cars for the season opener, the defending champion recorded a win and second place finish in the two races staged.

The rain held off for qualifying and, just like last season, Cross, in his Sheane, began to top the timesheets, eventually securing his first pole position of the year.

He held the inside line to lead Buckley and the field around Turn One before he began to extend his advantage which was slowly whittled away until it became an eight-car train for the lead.

As the race began to draw to a close, Cross upped his pace to open up a good lead over Gavin Buckley and third place Dan Polley, crossing the line first.

Delighted to secure an early season win in the series, Cross said “I missed a gear at paddock bend and dropped back towards Gavin, but no real problems other than that.

The track was very slick but I’m happy to get my first win of the year.”

Following a couple of red flags, Race Two got underway at the third time of asking and saw Cross make the better start to take the lead with Philip Sheane in second and Buckley third.

Lap after lap Sheane harassed and pressured Cross trying to pass on the outside into Turns One and Three, but to no avail.

With Cross trying to hold off and take another win and Sheane attempting to secure his first ever Formula Vee victory, the defending champion got collected by Sheane on the penultimate lap with both cars spinning off.

This handed Buckley the lead but, fortunately for Cross, he spun around in the right direction and generated enough momentum to remain in second place.