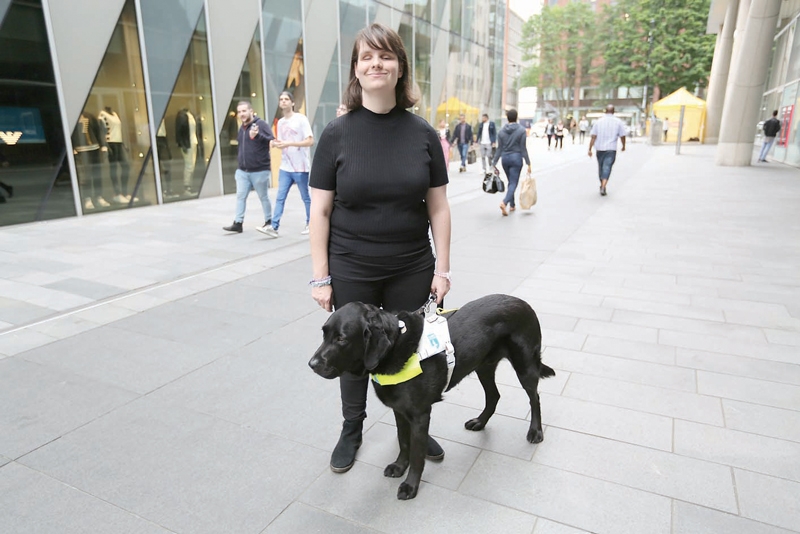 A WOMAN who was born blind will feature on a BBC television programme next week, highlighting the difficulties disabled people face in trying to secure employment.

Kerie Doyle, 30, who is originally from Drimnagh but now lives in Manchester, was born three months premature and suffered from retinopathy of prematurity, a disease that causes abnormal blood vessels to grow over and then detach the retina, which led to her blindness.

The past pupil of Assumption Secondary School in Walkinstown moved to Manchester in 2015 after securing a job in an airline’s call centre, having spent seven years applying for hundreds of jobs in Dublin and rarely getting to the interview stage.

Ultimately the job in Manchester didn’t work out, but Kerie gained a lot of confidence from the experience, and she is now settled in Manchester.

Speaking to The Echo, Kerie said: “It’s terrible to say that I had my first full-time job at 28 years of age, but it shows the prejudices of employers.

“Employers see you and they think of the hassle, the adjustments they’d have to make for you and the money it would cost.

“If an interviewer sees a person with a guide dog or a cane, the shackles don’t have to go up – it should be, ‘What can we do to help this person?’ ”

Kerie said her involvement in the show came about after she posted in a Facebook group about her difficulty finding work, this led to her being interviewed for an article in the Manchester Evening News and then the BBC got in touch with her after seeing the article.

Talking about her experience on the show, she said: “It gave me a lot of permission that I didn’t know I was looking for, like permission to ask for help. I’ve learnt there is such a thing as being too independent. I did find being on camera tough at times, but I tried to keep in mind the two reasons why I did the show: to get a job, and to raise awareness.”

You can find out how Kerie’s job search goes on Employable Me on BBC 2 on Monday, December 11 at 9pm.