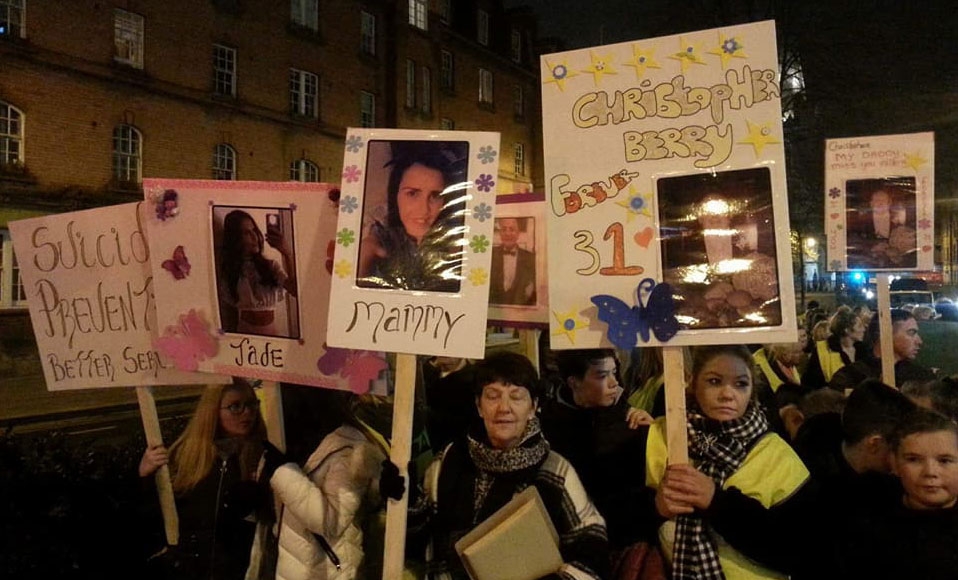 HUNDREDS of people from Ballyfermot and the Liberties held a protest march to the steps of City Hall on Monday evening – to highlight the lack of out-of-hours mental health services, reports Maurice Garvey.

The two communities, who have struggled with a high number of suicides, joined forced under the banner Mental Health Warriors.

Lisa said she went on the march “to remember those lost to suicide” and to increase pressure on authorities to provide 24/7 out-of-hours mental health services in the community.

“People are struggling and 12-hour waits in hospital and six-week appointments are unacceptable for people in turmoil,” she said.

She commended “the beautiful Niamh Hickey who sang us to tears” after a rendition outside City Hall.

“The petition was signed by thousands of people from Ballyfermot and Cherry Orchard. Well done to Lisa Palmer and all the Mental Health Warriors who worked so hard to make the night such a dignified success.”