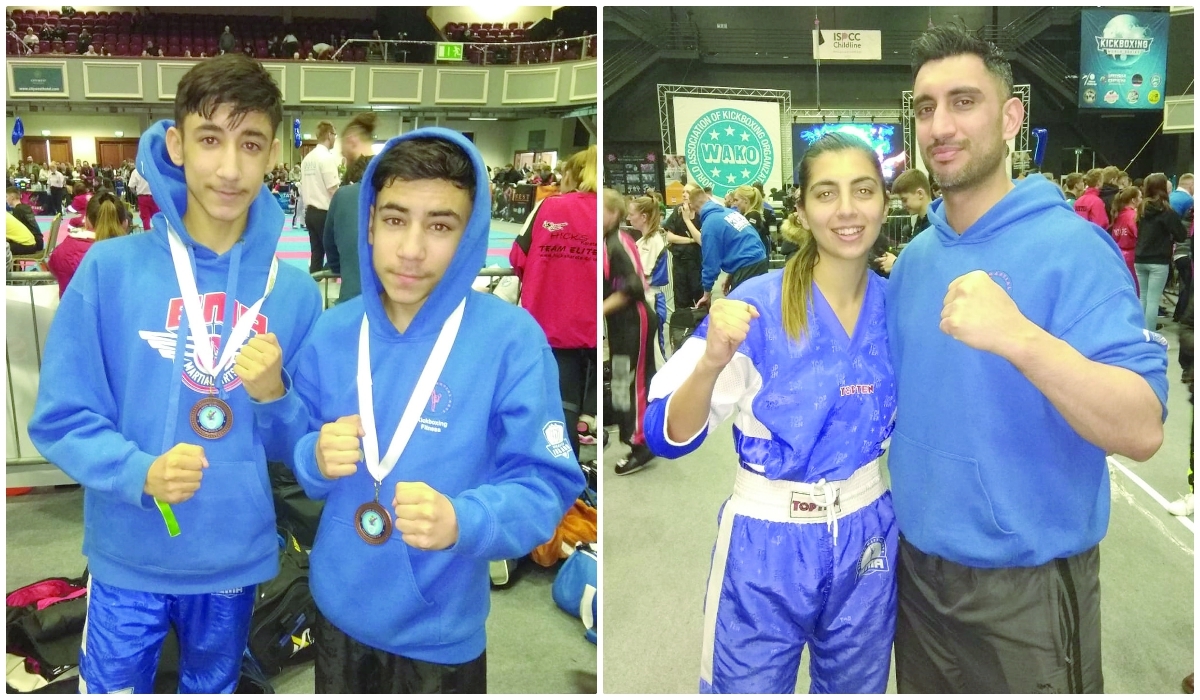 The Coronavirus outbreak across northern Italy meant that teams from the Red Zone in Italy could not travel and participate.

During constant communication with the Health Services Ireland and with guidance for their official websites, the Irish Open International took major precautions to help prevent any outbreaks in the Convention Centre.

The event which catered for more than 3600 registrations from over 35 countries is organised and hosted by BMA.

Karyna Nikitina, after a year’s absence from the competitive front took to the tatamis once again, receiving a bye in the preliminaries before beat-ing German opposition to set up a quarter final clash against Nina Budoka .the current world champion from Slovenia.

In what proved an extremely close fight, Budoka managed to land a head kick to take a two point lead with 30 seconds remaining.

Nikitina managed to claw one point back, but could not bridge the gap entirely, yet she will still be encouraged by this per-formance which has set her up nicely for the National Senior Championships in two week’s time.

The Orlovas brothers also performed well, with Eidenas taking first place in one of the biggest divisions of the weekend, CH -32kg, while Aranas was unlucky to exit at the quarter final stages when he lost by a solitary point in the Boys CH -42kg class.

The Wade family were also on fire with Ryan taking third place along with Abbie while Amy reached the finals of the girls YC-42kg only to lose by a couple of points to her Belgian opponent before finishing in third place in the YC Team Event Challenge in which she took part with clubmates from BMA Leixlip.

Alex and Remi Galiceann both enjoyed a joint third place finish in the OC -42kg division while Francis Ryan reached the final of the Junior Boys -81kg section where he was stopped by a jump turning kick in the last round against a tough Swiss competitor.

Rachel Bhandal was BMA Clondalkin’s only senior competitor to medal, emerging with a double bronze in the Ladies Intermediate -65kg and +65kg divisions.

NEWER POSTLucky couple win €500,000 on EuroMillions after purchasing ticket in Tallaght
OLDER POSTJobstown back for more