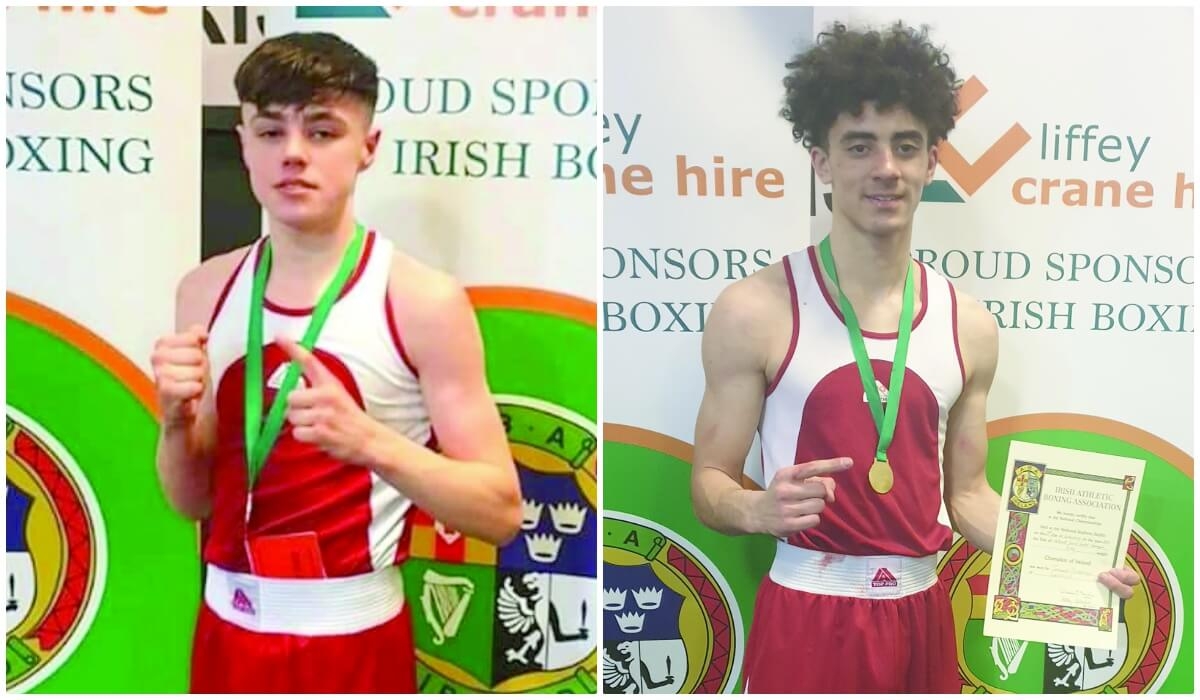 Jobstown back for more

THE National Senior Cadet Finals were bitter sweet for Jobstown Boxing Club as they saw Joshua Olaniyan sign off on a great 80kg championship campaign with victory over Martin Keenan of Leeside Lough on Saturday while clubmate Luke Reilly was undone in the 50kg equivalent the day before.

Olaniyan, who did not enter last year’s Cadets, had to come through three rounds before seeing off Keenan 4-1 in the final.

Stopping Sean Whelan of St Mary’s in the opening round of the preliminaries, he took a unanimous decision in his last eight encounter with Templemore’s Curtis Darcy before receiving a walkover in the semis.

Missing out on a fight in the penultimate rounds did not appear to hinder his progress as he turned in another classy performance against Keenan in the final.

“He [Olaniyan] boxed brilliantly” said Jobstown coach Amanda Spencer. “Josh is tall and rangy, and he used the jab lovely.

“He’s a very stylish boxer and he won the first two rounds comfortably, but in the third round he [Keenan] really brought it to him, but he still won well” she told The Echo.

The victory marked Olaniyan’s forth national title and his first in the Senior Cadets, meaning he will be part of the Ireland squad that heads to the European Junior Championships in Georgia this summer.

Meanwhile, despite an impressive campaign that saw him win two fights en route to the final, there was no happy ending for Jobstown’s Luke Reilly on Friday as he lost out to John Donoghue of St Michael’s Athy.

“Luke won two fights to get to the final and he produced a top performance there” said Spencer. “He just came up against a very tough boy in Donoghue.”

Prior to that outing Reilly had won unanimously against Joshua Watson of Saints BC in the quarter finals before dishing out an equally convincing defeat to Palmerstown’s Jason Clooney in the last four.