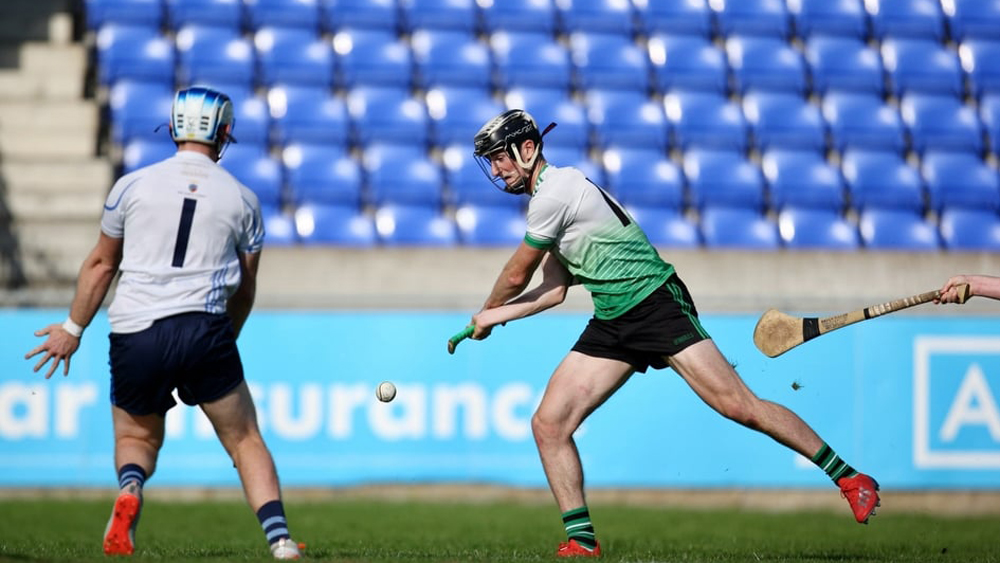 Ciaran Dowling of Lucan Sarsfields sends the ball beyond St Jude’s goalkeeper Ross O'Reilly during their Dublin Senior One Hurling Championship clash at Parnell Park on Sunday. Photo by iLivephotos.com

2020 finalists Ballyboden St Enda’s continued their excellent start to this year’s Dublin Senior ‘A’ Hurling Championship with a 1-25 to 0-14 Group Four victory against Faughs at Parnell Park on Saturday.

At the same venue on Sunday, Ciarán Dowling and Paul Crummey struck a brace of goals each to earn Lucan Sarsfields a 5-16 to 2-15 Group Two win over St Jude’s. In total, Dowling amassed 2-6 over the course of the contest while Crummey chipped in with 2-2.

Even though John Carty and Joe McManus rattled the net for their Templeogue-based opponents, Lucan ultimately moved to the summit of the table with a convincing triumph.

Meanwhile, Ballinteer St John’s and Thomas Davis suffered respective defeats to Whitehall Colmcille (0-21 to 1-15) and Cuala (3-26 to 1-8) in their group stage encounters.

After losing their opening games in the competition, these latest reversals leave both teams on the brink of elimination heading in the final round. In Group One of the Senior ‘B’ Hurling Championship on Saturday, there was disappointment for both Crumlin and Ballyboden St Enda’s ‘B’.

Round Tower Clondalkin pushed Naomh Fionnbarra all the way in a Group Two clash at Monastery Road, but ultimately emerged on the wrong side of a 1-18 to 1-16 final scoreline.