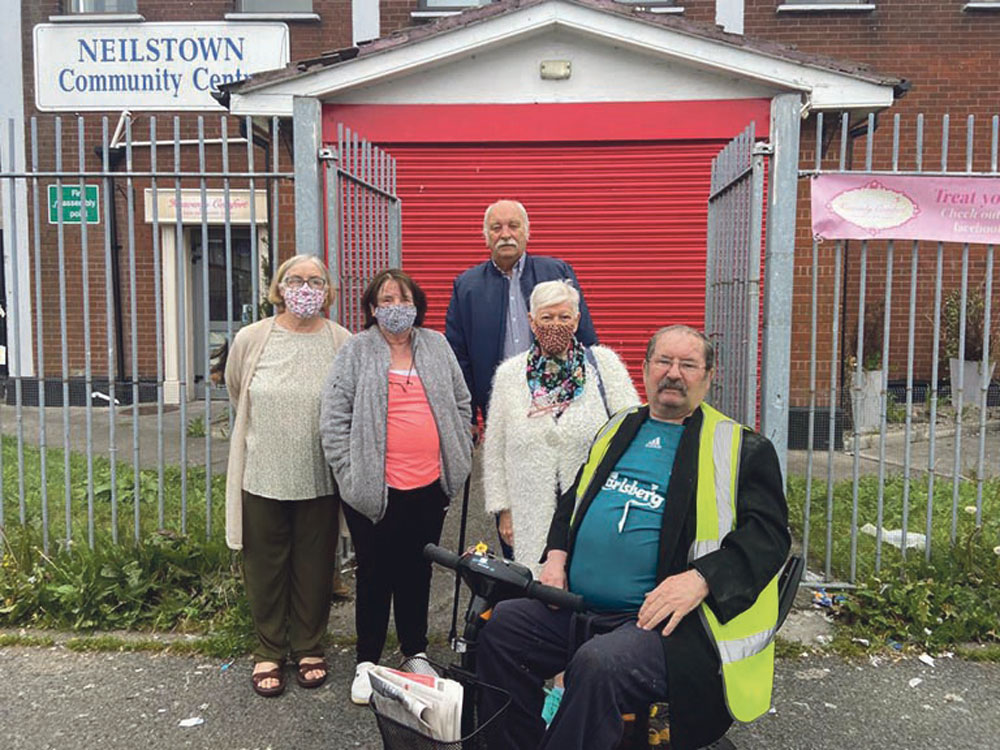 AGM to elect new board for Neilstown Community Centre

RESIDENTS in Neilstown are invited to attend an AGM to elect a new board for Neilstown Community Centre (NCC).

The AGM takes place on Wednesday, September 22, at 7pm, in Neilstown Church, which is large enough to facilitate social distancing.

A campaign is currently in place by residents to try and retain control of NCC – amid fears South Dublin County Council will grant a one-year management licence to the South Dublin Partnership.

“We hope to have a good turn out from the residents and we expect to elect a new board on the night in accordance with the procedures set out in the constitution for NCC,” said Karen Docherty, a resident involved in the Neilstown campaign.

“It has not been possible to conduct an AGM for a number of years so this will be an opportunity for the newly elected board to start afresh on a firm footing, with the endorsement of the community. South Dublin County Council have been advised of the AGM and invited to send representatives along.”

Representatives for NCC again met with the SDCC’s Community Department on September 2. “It was felt that this was the most positive meeting we have had to date,” said Karen.

“We have reason to believe now that SDCC is willing to work with the newly elected Board after the AGM.