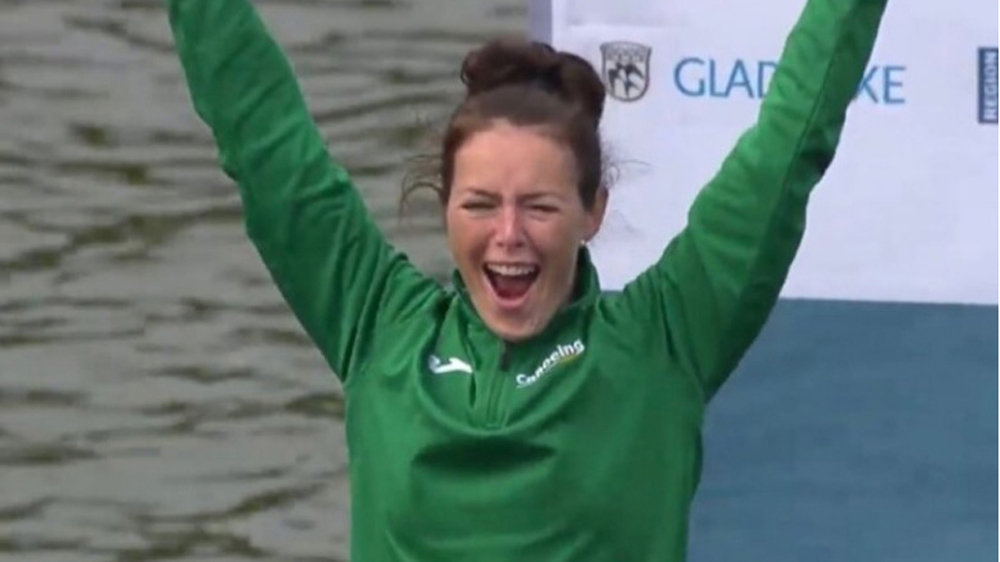 The Lucan kayaker served up a brilliant tactical race and demonstrated great strength and determination to take the runner-up spot after a huge group dash for the finish line.

Egan, who had won bronze in this very event back in 2018, went one better this time around, finishing just behind winner Emese Kohlami of Hungary and ahead of Great Britain’s Lizzie Broughton – the 2018 World gold medallist.

“I’m just so happy,” Egan told The Echo. “To get back on the Senior Canoe Sprint World Championship podium is just a dream come true.

“I won bronze in 2018 and that was the first ever medal for Ireland, male or female, at a Senior Canoe Sprint World Championship and, to get back on the podium and win silver, it’s just amazing.

“I had a good race from start to finish. Everyone was commenting, saying that I did the perfect race tactically, I made all the right moves.

“I had a great start and I got up into the lead group. There was a big group for a good bit of the start and then it broke down.

“But then people caught back up again, so there were many boats going towards the finish line fighting for those podium positions. I just knew the finish was going to be relentless.

“I just didn’t know until I crossed the line where I’d come. It wasn’t like I had broken away into a small group that was in a medal position. It was all down to the line.

“I was very close to a gold, just over a second I think.

“I tried to go for it, but she [Kohlami] was just that bit stronger and I couldn’t get by her.

“But look, I’m delighted. If you had told me coming here I was going to win a medal, that would be a dream. It’s so nice to have won this medal for Ireland,” she said.

The silver leaves Egan on a sound footing ahead of her trip to Romania for the ICF Senior Canoe Marathon World Championships later this month, when her brother Peter will also be in action.

Jenny will contest both the short course event, covering 3.4km with two portages, as well as the long course over 26.6km with six portages.

Looking ahead to that challenge, she said: “Every race is different and so I’m just hoping for a good clean race and to feel in the best shape on the day, make all the right tactical decisions and preserve as much energy as possible.

“Hopefully that will be enough to produce a good result on the day.”