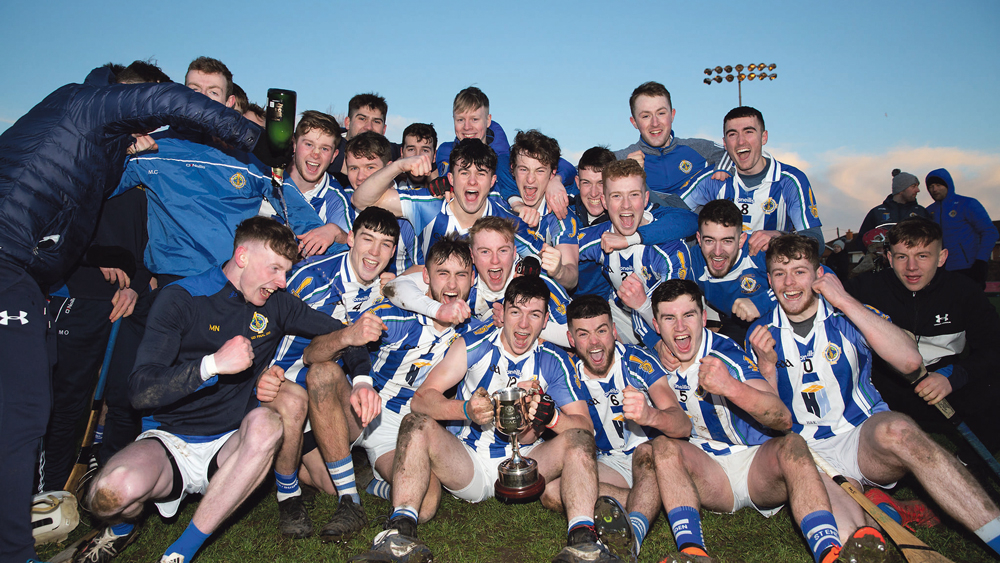 CHRISTMAS arrived early for Ballyboden St Enda’s on Saturday when they claimed the U21 ‘A’ Hurling Championship for the first time in 10 years.

The Firhouse Road side had to dig deep to get the better of arch rivals St Vincent’s 0-18 to 0-14 to claim the title in Pairc Naomh Uinsionn.

Mid-way through the second half, the match was in the melting pot on 0-13 to 0-11 but Enda’s tagged on five points in a hard-fought encounter to secure the top prize.

Boden started the encounter in a positive manner with Kevin Desmond knocking over a point before Vin’s levelled shortly after.

The visitors used the sliothar wisely in the opening quarter which resulted in points from Pierce Christie and Rhys McDonnell.

Christie was a constant threat at midfield for the winners and was ably assisted by midfield partner Eoin Behan who tagged on two points during this period.

A further point from Darragh Kenny had Boden four clear with all of their scores coming from play. Vin’s did pose threats and keeper Matthew Nolan was called into action to deny a score while captain Sean O’Donnell led by example.

In the second quarter, the game was evenly matched but Vin’s missed a number of scorable frees to close the gap while at the other end Darragh Kenny kept the scoreboard ticking over with three points followed by a huge free by Fergal Ryan.

It was three points to the good at the break for Boden and two further points on the resumption from McDonnell and Ryan had them in the driving seat.

The Marino outfit responded with the next three points, however it was Nolan between the posts who was pulling the strings when he caught a ball expertly from a free and this was followed up with a point-blank save to deny Vincent’s a goal.

Only two points separated the teams going into the third quarter and Ryan was pushed further upfield and this paid off with two inspirational scores.

Eoin Behan did break through for a good goal opportunity which was blocked out for a 65m free for Ryan to stand up and fire over and it was Vin’s again who replied with frees to leave the minimum between them with six minutes on the clock.

A good quick-thinking point from half back Hugh O’Sullivan after a Kenny quick free had the Boden support on their feet and this was followed up with Christie and Ryan pointing to see the travelling party past the finish line in a strong finish to the contest.