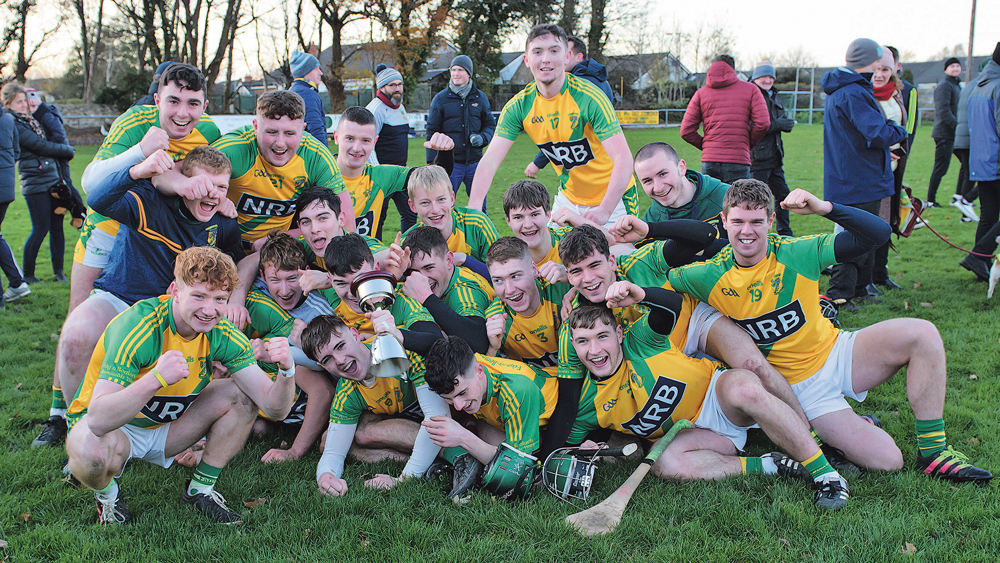 Faughs celebrate their win over Thomas Davis in Kiltipper Road

FAUGHS confidently overcame local rivals Thomas Davis by a score of 1-24 to 2-11 in the Go Ahead Under 21 C Hurling Championship Final at Kiltipper Road on Saturday in a tough and physical game reports Eoghan Gardiner.

Faughs started on the front foot when Conor Kenny got his shot off to score a point from the left. By the 10th minute mark, his side had scored seven points while Thomas Davis had a single but not insignificant goal to show for their efforts.

The goal came when Fionn Murray challenged Faughs’ goalkeeper Eddie Hogan. Hogan managed to make the initial save but Murray coolly put the sliotar across the net on the rebound to ensure that Faughs’ lead was not left unanswered.

A goal from Faughs’ man Niall Fitzgibbon in the 19th minute gave his side a seven-point lead. Seven minutes later, Thomas Davis replied with another goal of their own when Bryan Keogh played Ross Mullarkey in as he put the sliotar in the back of the net from close range. 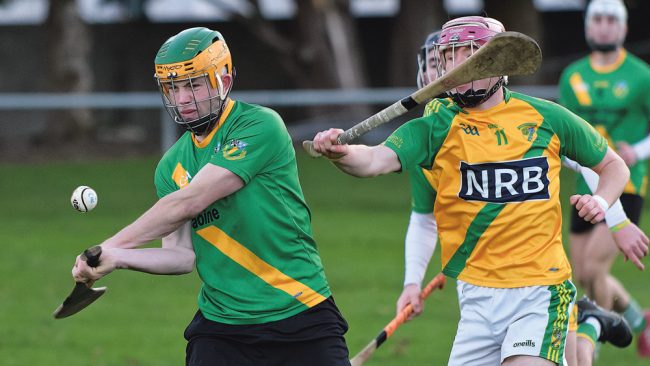 Although both sides continued to swap scores for the remainder of the first half, Faughs ultimately managed to keep the seven-point gap in place, leading by 1-15 to 2-05 at the half-time whistle.

Thomas Davis started the second half off well, scoring four points within ten minutes including a free puck from Keogh. In the same time, Faughs had managed only a single point which came from Fitzgibbon, who had just managed to get his shot off from the middle of the pitch before going down to a heavy tackle. Despite this, Faughs still held on to their lead by four points.

With ten minutes to go, Thomas Davis man Luke Dempsey put a good ball up the field and close to goal in a late attempt to get his side back into the game. Unfortunately for Dempsey, it wasn’t to be as his team-mates failed to get on to the end of the pass as it sailed wide.

By the full-time whistle, Faughs had increased their lead from seven points to nine, owing to two points scored in added time, ensuring a comfortable victory and their place as champions.